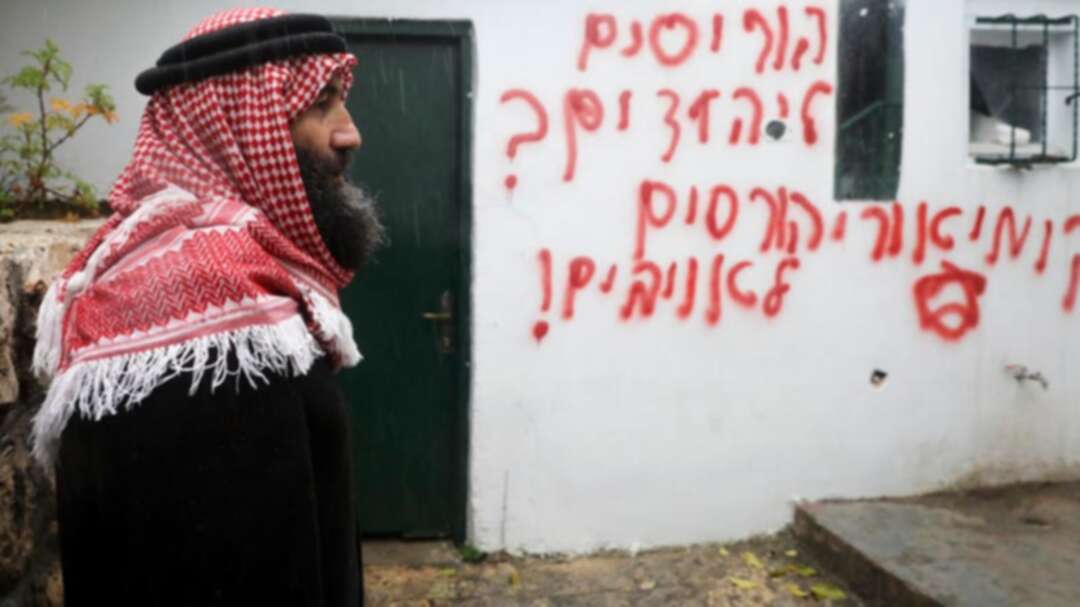 Israeli police launched a manhunt Friday after an apparent arson attack, accompanied by Hebrew-language graffiti, on a mosque in Israeli-annexed east Jerusalem.

“Police were summoned to a mosque in Beit Safafa, in Jerusalem, following a report of arson in one of the building’s rooms and spraying of graffiti on a nearby wall outside the building,” a police statement said.

“We believe that the incident took place overnight. We are searching for suspects.”

The spokesman would not say if police viewed it as a hate crime.

The graffiti, viewed by an AFP journalist, contained the name Kumi Ori, a small settlement outpost in the north of the Israeli-occupied West Bank.

The Times of Israel newspaper said Friday that the wildcat outpost “is home to seven families along with roughly a dozen extremist Israeli teens.”

“Earlier this month security forces razed a pair of illegally built settler homes in the outpost,” it reported.

All settlements on occupied Palestinian land are considered illegal under international law, but Israel distinguishes between those it has approved and those it has not.

The paper said that “several young settlers living there were involved in a string of violent attacks on Palestinians and (Israeli) security forces.”

Police said that nobody was injured in the mosque incident.

The attack had the appearance of a “price tag” attack, a euphemism for Jewish nationalist-motivated hate crimes that generally target Palestinian or Arab Israeli property in revenge for nationalistic attacks against Israelis or Israeli government moves against unauthorized outposts like Kumi Ori.

“This is the price tag,” Israeli Arab lawmaker Osama Saadi told AFP at the scene.

“The settlers didn’t only write words, they also burnt the place and they burnt a Koran,” said Saadi, who lives in the area.

There was damage to an interior prayer room but the structure was unharmed.

In December, more than 160 cars were vandalized in the Shuafaat neighborhood of east Jerusalem with anti-Arab slogans scrawled nearby.

The slogans read “Arabs=enemies”, “There is no room in the country for enemies” and “When Jews are stabbed we aren’t silent.”

The attackers were described by a resident as “masked settlers.”