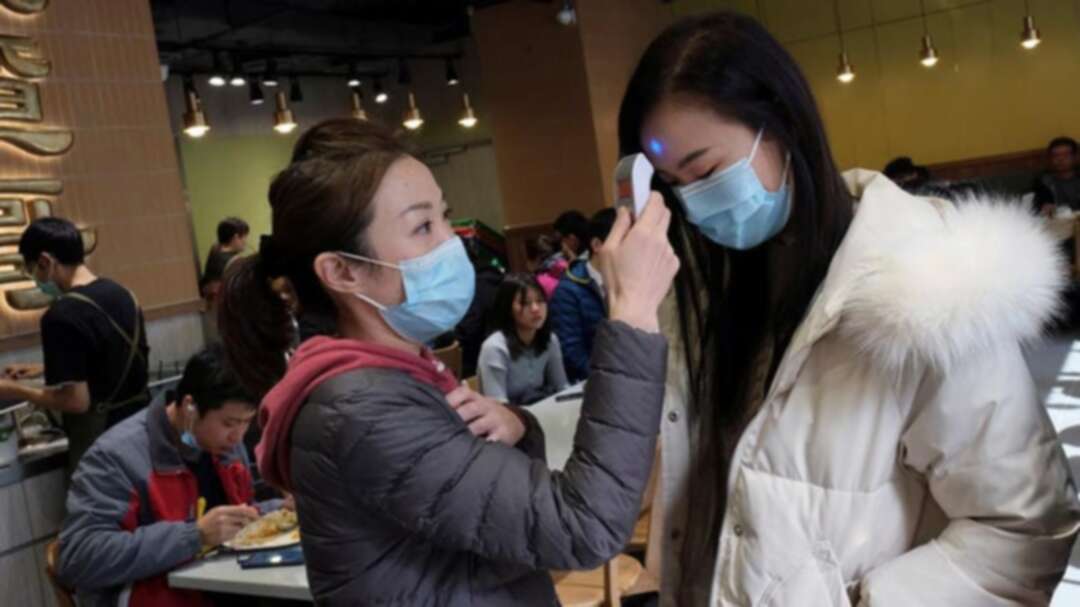 An employee uses a thermometer to check the temperature of a customer at a restaurant, following the outbreak of a new coronavirus, in Hong Kong, China February 1, 2020. (Photo Reuters)

The mayor of the South Korean city of Daegu urged its 2.5 million people on Thursday to refrain from going outside as cases of a new virus spike.

Mayor Kwon Young-jin made the request in a televised news conference after the southeastern city and its nearby towns reported 35 additional cases of infection with the new coronavirus on Thursday.

South Korea has reported a total of 82 cases of COVID-19, a disease first detected in Wuhan, China, in December.