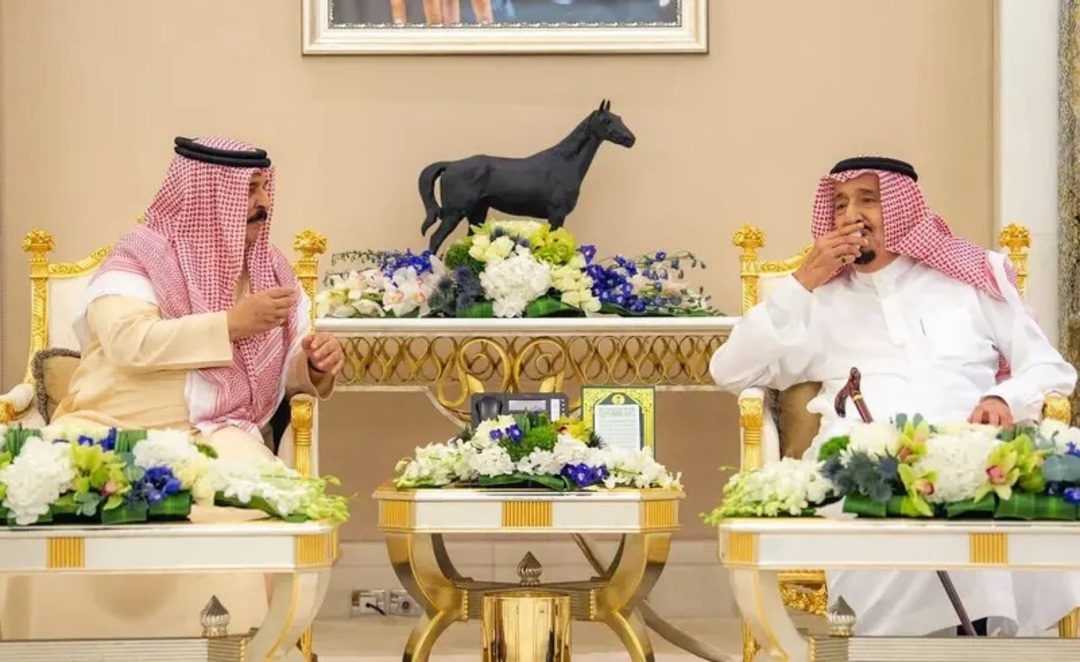 King Hamad of Bahrain and King Salman of Saudi Arabia in Jeddah. (Twitter)

The two monarchs affirmed the depth of the Saudi-Bahraini relations and discussed the long-standing ties between the two countries, as well as areas of cooperation, joint action and coordination.

The Bahraini King commended Saudi Arabia’s instrumental role in ensuring regional stability and security, as well as promoting peace and serving causes for the greater good.