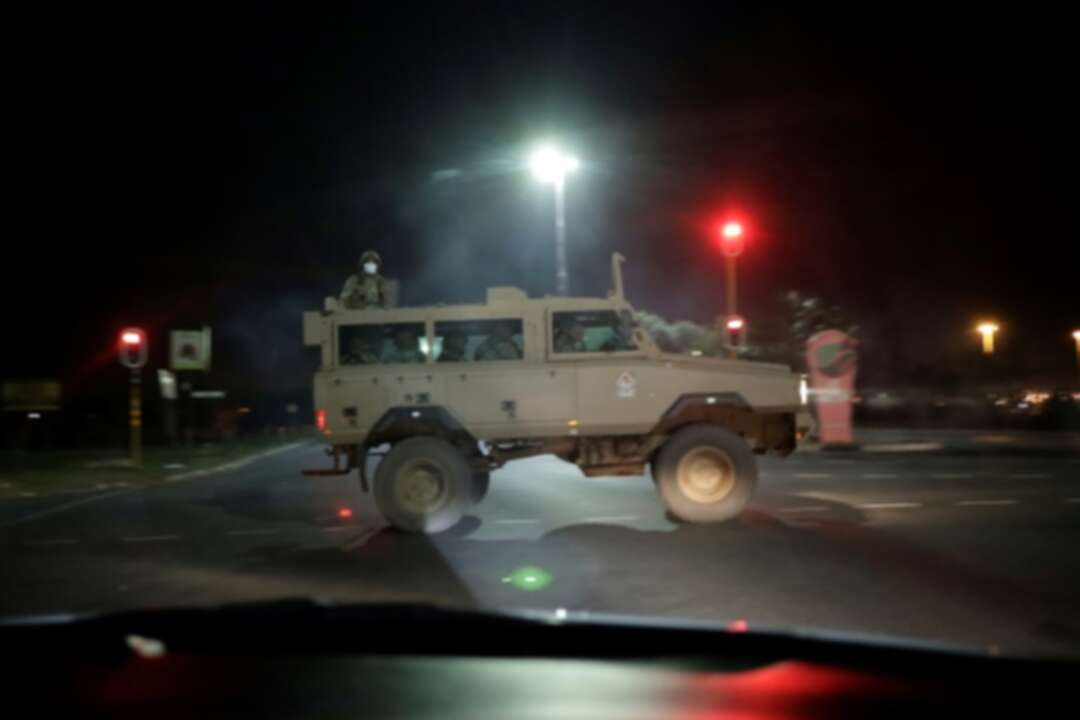 South Africa recorded its first two deaths from the novel coronavirus on Friday as the number of confirmed cases breached the 1,000 mark just hours after a three-week nationwide lockdown swung into action. S.Africa

"This morning we wake South Africans up with sad news that we now have our first deaths resulting from COVID-19," Health Minister Zweli Mkhize said in a statement.

President Cyril Ramaphosa has ordered the 57-strong population of Africa's most industrialized nation to stay at home for 21 days, joining other countries across the continent which have imposed strict measures to halt the spread of the disease.

But many people defied the order which came into effect at midnight Thursday, lining up outside food stores or at bus terminals.

Police appeared overwhelmed in downtown Johannesburg on Friday where hundreds of shoppers pushed and shoved trying to force their way into a supermarket.

The lockdown is a good thing for the country, even though I feel that a lot of people and taking it for granted, saying this virus is not for us... which is bad because by the time we wake up this thing will have spread enormously in the country," said bank employee Dumisani July, 39, wearing a mask and black latex gloves.

Mkhize said the two people died in the Western Cape province, and announced that the number of confirmed COVID-19 cases have topped 1,000.

On Thursday, the country had reported 927 confirmed cases, a jump of more than 30 percent from the previous day, with Ramaphosa projecting it could reach 1,500 "within a few days".

Kenya, Rwanda, and Mali are some of the African countries that have imposed restrictions to curb the spread of the coronavirus, which has been confirmed to have infected more than 3,200 people and killed 89 across the continent. S.Africa

Although Africa's toll is far lower than in Europe, the United States and the Middle East, health experts say the world's poorest continent is especially vulnerable and the figures likely fall far short of the reality.

Donning a camouflage uniform complete with a cap, Ramaphosa on Thursday saw off soldiers before they deployed from a military base in Soweto township outside economic hub Johannesburg.

"This is unprecedented, not only in our democracy but also in the history of our country, that we will have a lockdown for 21 days to go out and wage war against an invisible enemy coronavirus," he said.

During the shutdown, jogging, dog-walking and the sale of alcohol are banned across the country, which so far has the highest number of detected infections in sub-Saharan Africa.

Violation of any of the regulations will carry a six-month jail sentence or a fine.

In West Africa, Nigeria's government warned Thursday that Africa's most populous nation could soon see an "exponential" increase in infections unless contacts of confirmed cases are tracked down more rapidly.

Kenya, which has 31 cases, on Thursday recorded its first death -- a 66-year-old Kenyan man who had traveled from South Africa on March 13. S.Africa

The East African country will begin a night-time curfew on Friday to try to curtail the spread.

In the Sahel, Burkina Faso, which last week recorded sub-Saharan Africa's first death, announced that eight towns, including the capital Ouagadougou, would be quarantined from Friday.

"Quarantined means that nobody will enter or leave the towns involved," Communication Minister Remis Fulgance Dandjinou said, adding that the measure would be applied for two weeks. S.Africa

In the Democratic Republic of Congo, authorities ordered a four-day "total confinement" in the capital Kinshasa starting Saturday.

Moody's Investors Service warned that the fallout from the border closures, commodity price declines and financial market volatility will have a "severe macroeconomic and financial impact" on African sovereign debt.

Germany’s Covid-19 cases jump by 5,700+ in a single day with death toll up by 55 Brazil's Bolsonaro exempts churches from quarantine