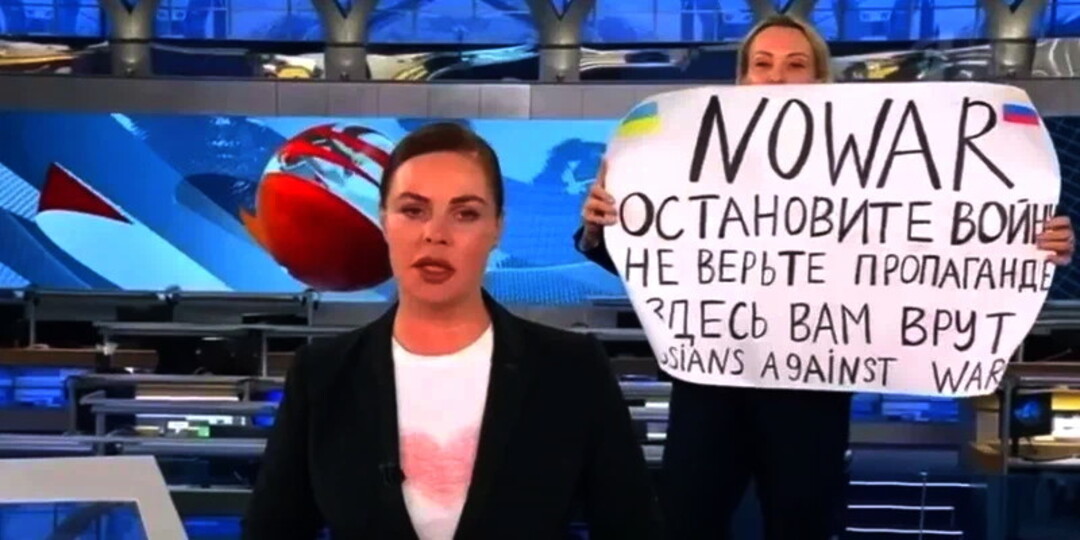 Marina Ovsyannikova, the former state TV editor who interrupted a news broadcast to protest against the Ukraine war, has been put on a wanted list after she reportedly escaped house arrest together with her young daughter in Russia.

"I consider myself completely innocent, and since our state refuses to comply with its own laws, I refuse to comply with the measure of restraint imposed on me as of 30 September 2022 and release myself from it," Ovsyannikova wrote on the Telegram messenger app without giving her whereabouts.

The Ukrainian-born Ovsyannikova, 44, gained international attention in March after bursting into a studio of Channel One, her then employer, to denounce the Ukraine war during a live news bulletin, holding a poster reading “no war”. At the time she was fined 30,000 roubles (£460) for shunning protest laws, The Guardian reported.

Ovsyannikova continued protesting against the war and was charged in August with spreading false information about the Russian army for holding up a poster that read “Putin is a murderer, his soldiers are fascists” during a solo protest on the Moskva River embankment opposite the Kremlin.

She faces five to 10 years in prison, according to recent Russia media reports.

Her ex-husband, Igor Ovsyannikov, who is employed at the state-run news outlet RT, said: “Last night, my ex-wife left the place that the court assigned her, and disappeared with my 11-year-old daughter in an unknown direction.”

Ovsyannikova’s whereabouts are unknown and she did not immediately respond to a request for comment. On Monday (October 3), she was added to the interior ministry’s online list of fugitives, accompanied by a photograph.

Ovsyannikova worked for Russian state television's Channel One and had been considered loyal to the Kremlin until she held an anti-war banner up to the camera in a news broadcast in March that read: "Stop the war - they're lying to you."

Under Russian law, Moscow's war on Ukraine can only be referred to as a special military operation. Penalties for criticizing the Russian army's actions were made tougher in March.