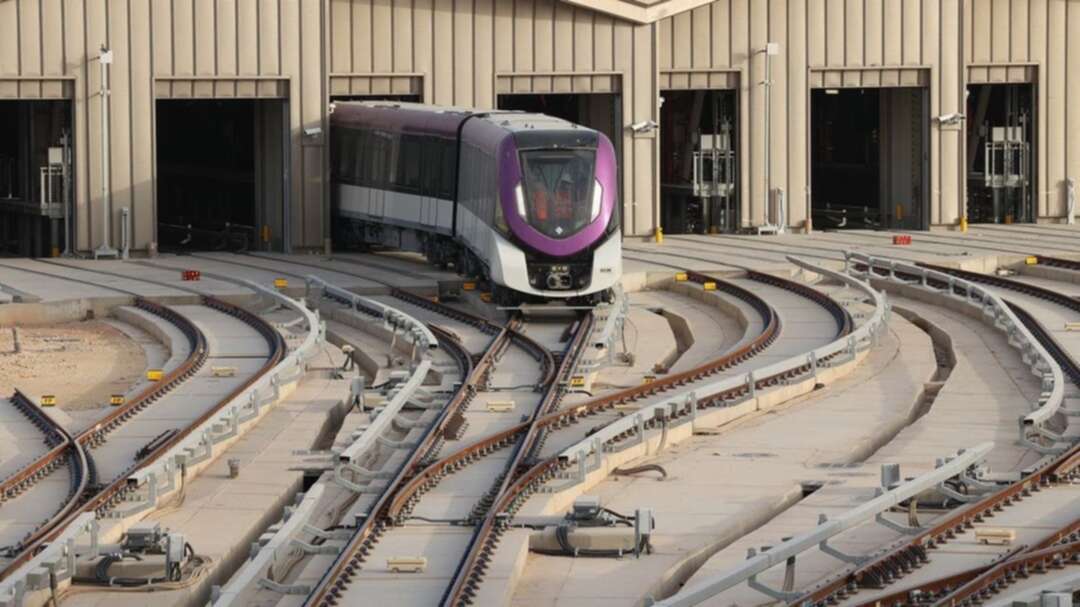 A metro line leaves on a test drive to the King Abdullah Financial District station during an exclusive tour of the Riyadh Metro on April 1, 2021 in the Saudi capital. (AFP)

The Riyadh Transit Network Project has “categorically denied” claims published by Bloomberg that it owed billions of dollars in unpaid bills to international firms working on the Riyadh Metro project, according to an official statement.

“Without prejudice to the story that was published on 5 April by Bloomberg “Saudi Arabia’s Unpaid Tab With Metro Builders Runs Into Billions” we wish to state at the outset that we categorically deny any claims that contractors have not been paid,” RTNP said in a response released on Thursday.“We wish to give the present reply with the sole intention of clarifying any doubts leveled against the RTNP and also would want to reiterate that all claims filed go through a dispute resolution process in order for all disputes to be to be resolved professionally and amicably,” the statement added.

On Tuesday, Bloomberg published its report citing five anonymous sources that US-based Bechtel Corp. and other international firms were pursuing billions of dollars in unpaid bills from Saudi Arabia’s government for work done on the Riyadh metro project.

Bloomberg reported that Bechtel is owed around $1 billion for its work on the Riyadh Metro project, citing four of the sources familiar with the matter.

The Royal Commission for Riyadh City (RCRC) said it has ensured that payments to contractors were made in a timely manner, following the submission of their contractual payment certificates without delay.

“The Covid-19 pandemic affected the construction of mega projects, such as supply chain interruptions. However, despite the outbreak, we have ensured the project’s continuity, as we adapted business behavior and construction processes,” RTNP said.

“Moreover, support has been given to the consortium of contractors during the period of the pandemic, and discussions are currently underway to evaluate this level of support, in a fair and financially-responsible manner,” the company added.