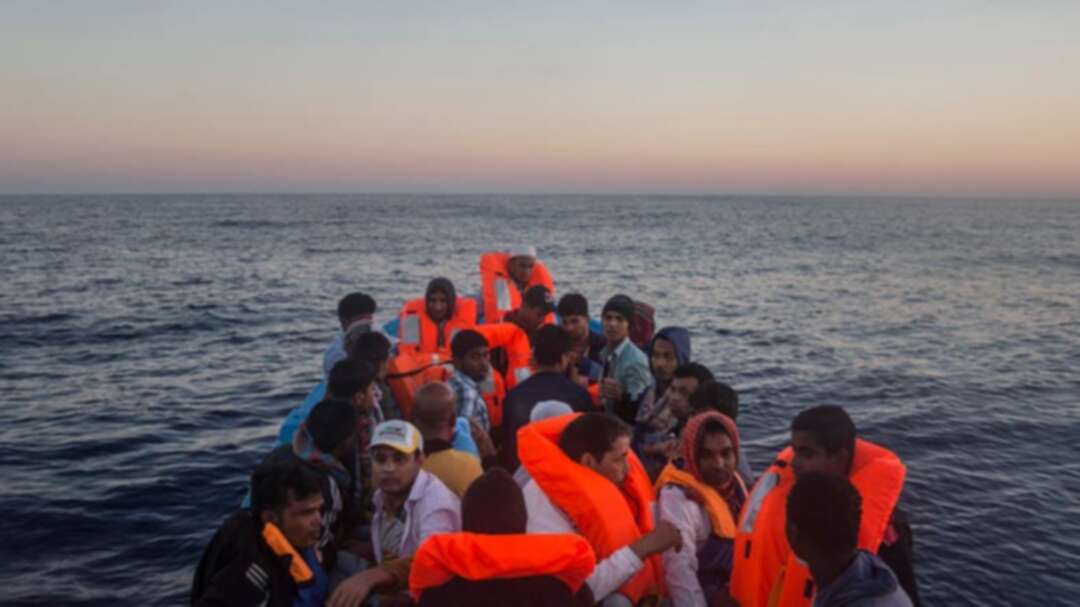 Refugees and migrants overcrowd a wooden boat during a rescue operation on the Mediterranean sea, about 19 miles north of Az Zawiyah, Libya. (AP)

An increasing number of women and girls from Ivory Coast are being trafficked to Northern Africa and Europe, the International Organization for Migration warned on Friday.

Anti-trafficking teams have noted a rise in the numbers making the Mediterranean crossing, along with a rise in pleas for help at landing points in Italy, IOM said in a note to mark European Anti-Trafficking Day.

The women and girls are often destined for lives of slavery or prostitution, said Laurence Hart, head of the Mediterranean coordination office.

“Many are recruited in their country with the promise of being given employment as maids or waitresses and become, instead, victims of domestic servitude upon arriving in Tunisia or Libya,” he said.

There they are “subjected to sexual abuse, mistreatment, violence and deprivation of personal freedom.”

They are then often preyed upon a second time by smugglers who “intend on exploiting them upon their arrival to Italy, or other countries of the European Union,” he said.

While there has been a drop in the total number of Ivorian migrants arriving by sea in Italy, the percentage of women and girls involved has risen, IOM said.

They made up just eight percent of the total number of Ivorians who landed in 2015 - before jumping to 46 percent in 2019, it said.

“Behind the numbers, there are many tragic stories, of which we often know too little,” Hart said.

A drowned Ivorian mother and her eight-month old baby - whose bodies were found next each other on the seabed - became the heartbreaking symbol of a shipwreck earlier this month in which many women and girls drowned.

Around 27 Nigerian girls died while attempting the perilous crossing to Italy in 2017, and were likely trafficking victims.

“More needs to be done to protect these vulnerable groups, which not only suffer a long series of abuses and human rights violations, but then find themselves forced to risk dying at sea,” Hart said.

Lebanon in lock down as protesters demand new government Blow to Boris: UK MPs vote to delay decision on BoJo’s Brexit deal, insist he now must ask for extension from EU