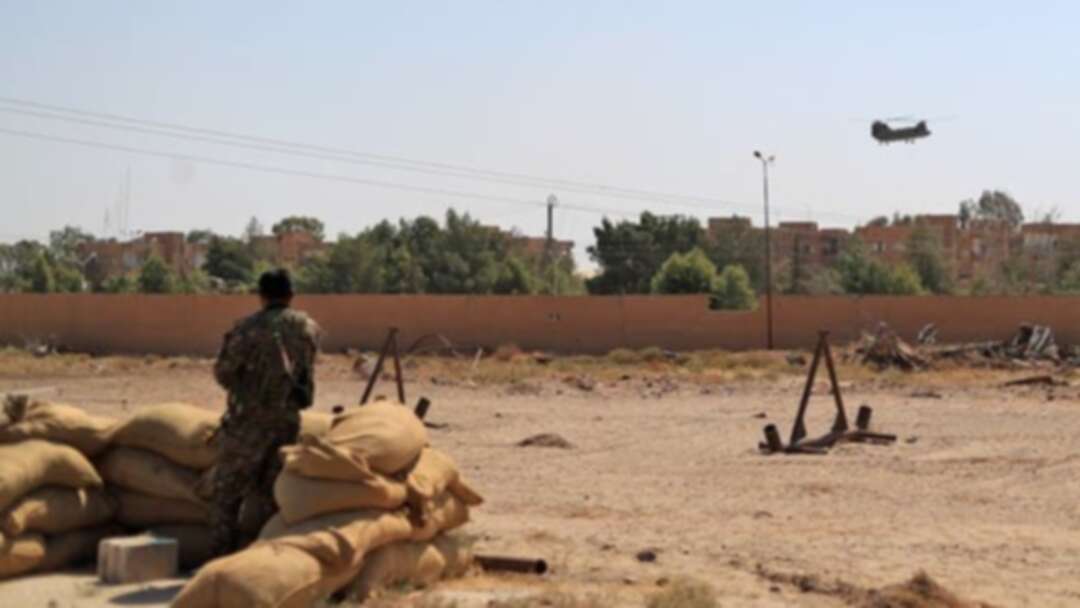 A member of the Syrian Democratic Forces (SDF) watches as a US-led coalition Chinook helicopter flies by in the town of Shadadi, south of the northeastern Syrian city of Hassakeh, on September 11, 2018. (File photo: AFP)

Prisoners at a Syrian jail run by Kurdish forces holding suspected ISIS members rioted and some escaped Sunday, said Kurdish sources and the Syrian Observatory for Human Rights. out at Syria jail

A senior member of the Syrian Democratic Forces (SDF) running Ghouiran prison in the northeast Syria city of Hassakeh acknowledged that an uprising had taken place.

The official, who asked to remain anonymous, told AFP that ISIS members in the prison had revolted.

“Some of them managed to get out into the prison courtyard,” the source added.

“Security forces are on high alert. International coalition planes are flying over the prison and the region.”

Coalition military spokesman Colonel Myles Coggins III said: “The Coalition is assisting our Syrian Democratic Forces partners with aerial surveillance as they quell an insurrection” at the prison.

But only low-level prisoners were kept at the jail, he added.

The London-based Observatory, which has an extensive network of contacts inside Syria, said at least four people had escaped from the prison.

Members of ISIS had led the uprising and a search has started for those who had escaped, it added.

“The situation is still tense inside the prison,” he said, adding that reinforcements were on the way to try to regain control.

A year after having declared victory against ISIS in Syria, Kurdish forces are still holding around 12,000 ISIS fighters in the northeast of the country, according to their figures.

They include Syrians, Iraqis and between 2,500 and 3,000 foreign nationals from some 50 countries. out at Syria jail

While they have called on those countries to take back their nationals, they are also designed to the prospect of putting them on trial, given the reluctance of several western governments to have their nationals repatriated. levant

Iran's Basij Force turns US Embassy building into mask factory, sends masks to US Coronavirus: Saudi Arabia to process requests to travel between its 13 provinces