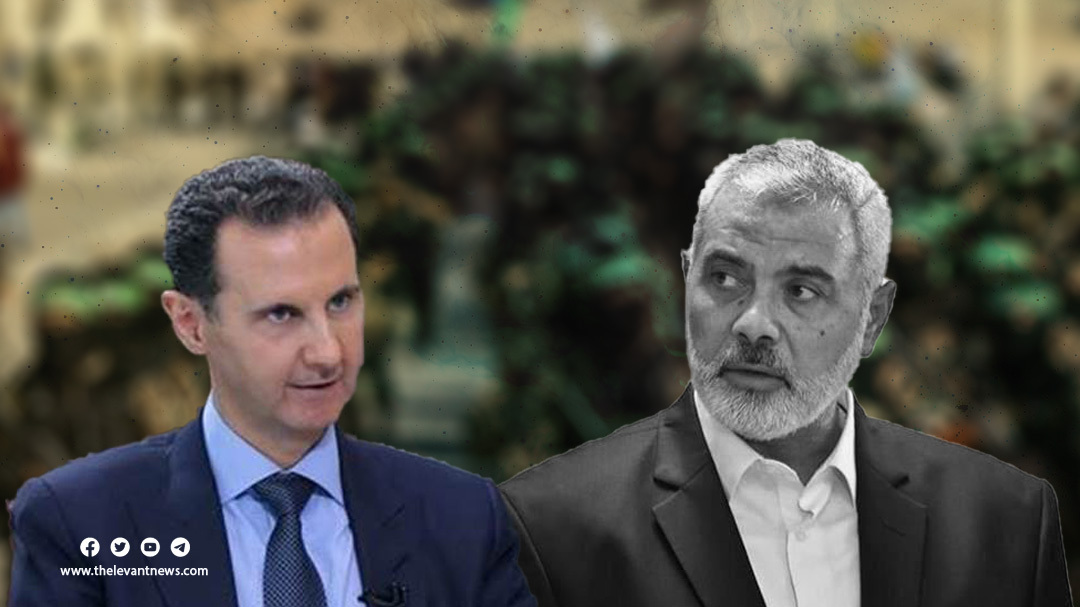 Restoring official relations between Hamas and the Syrian regime after ten years was severely criticised by various political & religious bodies and the Syrian & Palestinian society, but Hamas said this for the sake of the Palestinian cause. The normalization of relations between the two sides came after dialogues, meetings and negotiations that lasted for about five years. Last Thursday, Hamas announced it would continue to build and develop solid relations with the Syrian regime, after nearly 10 years of dispute.

In a press statement, Hamas officially confirmed its decision to resume its relationship with the Syrian regime for what it claimed as a service to our nation and its just causes, especially in light of the rapid regional and international developments that affect our cause and our nation. Syria regaining its role and position in the Arab and Islamic nations and we support all sincere efforts for Syria's stability, safety, prosperity and progress."

Some Palestinian factions blessed Hamas' step towards the relationship with Syria. Among the signatories to the statement are (Islamic Jihad, the Popular Front, the Palestinian Free Movement, the Democratic Front for the Liberation of Palestine, and the Popular Resistance Committees).

In addition, some Syrian organisations and activists reject that the Hamas movement normalises relations with the Syrian regime and that many factions bless this step. The Syrian writer Ali Amin al-Sawadi tweeted: "In case, a democratically elected national authority from the Syrian people comes to power in Syria, the factions whose names are on the list of those who bless and support Hamas will wish that they were not born."

"No one can deny Iran's support for Hamas and its impact on its struggle. Iranian pragmatism taught it how to be multifunctional and multilabeled," said the Syrian artist Ammar Agha al-Qala.

The Iraqi Scholars Association criticised the restoration of Hamas's relations with the Syrian regime. It considered it against the resistance in Palestine and the interests of the nation. "Hamas's restoration of its relations with the regime is not legitimate in justifying dealing with the Syrian regime at the expense of the oppressed, displaced and persecuted Syrian people," it said.

The Association of Muslim Scholars in Iraq said that "the illusory reconciliation based on which the movement built its decision, will harm the peoples wanting to get rid of what they are suffering from, and will increase dangers and corruptions that face the Palestinian cause and the region together, and will enhance the chances of normalisation in the region."

The Palestine Relief and Development Authority strongly condemned and called it a slide away from the nation's cause and its scholars' recommendations and Hamas will pay for that from the balance of its popular base. "Supporting the nation's causes means listening to people's conscience and their scholars'  advice, not returning to a regime rejected by the entire nation. The regime which does not dare to respond to the Zionist aggression on its lands and always reserves the right to respond cannot be relied on to confront the occupation and liberate Palestine," it said.

The head of the oppositionist Syrian National Coalition Salem Al-Maslat denounced, on Twitter, "Hamas' insistence on normalisation with the Syrian regime. Many calls have been made to discourage the movement from this offensive step against millions of Syrians and Palestinians."

The relationship between Hamas and the Syrian regime began in 1999 and continued until 2012. During that period, the al-Assad regime provided support in various fields to the organisation, but after the outbreak of the Syrian revolution, Khaled Meshaal, the former head of the Hamas office, refused to condemn the protests that erupted against the regime yet he raised the flag of the revolution in 2012 and left his residence, which was the movement's main office, heading to Gaza.

About 3,000 Dresden residents told to get out after WWII bomb found 8 dead, several missing as flash floods hit Hindu festival in India