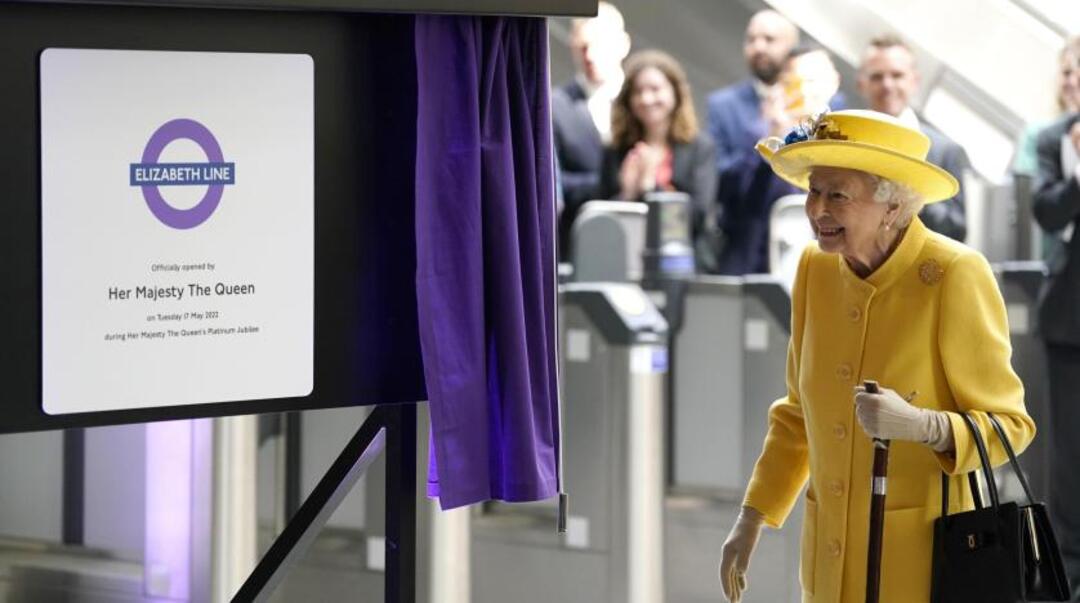 Britain's Queen Elizabeth II unveils a plaque to mark the Elizabeth line's official opening at Paddington station in London, Tuesday May 17, 2022, to mark the completion of London's Crossrail project. (Andrew Matthews/Pool via AP)

The Channel News Asia reported, citing Reuters, Britain's Queen Elizabeth made her first public appearance on Monday (June 27) since nationwide celebrations for her Platinum Jubilee three weeks ago, travelling to Scotland for the annual "Royal Week" of events.

The 96-year-old monarch, holding a walking stick, smiled happily as she took part in the Ceremony of the Keys at the Palace of Holyroodhouse, her official residence in Edinburgh, in which she is offered the keys to the city.

While Elizabeth continues to perform official engagements, often remotely, she now infrequently carries out duties in public because of what Buckingham Palace says are "episodic mobility issues".

However, she is also due to attend an Armed Forces Act of Loyalty Parade at the palace on Tuesday (June 28), although some engagements during the week will be covered by other members of the royal family.

On Sunday (June 5), Queen Elizabeth II, the longest-serving monarch of the United Kingdom (UK), vowed to keep serving the people after celebrations for her 70 years of reign.