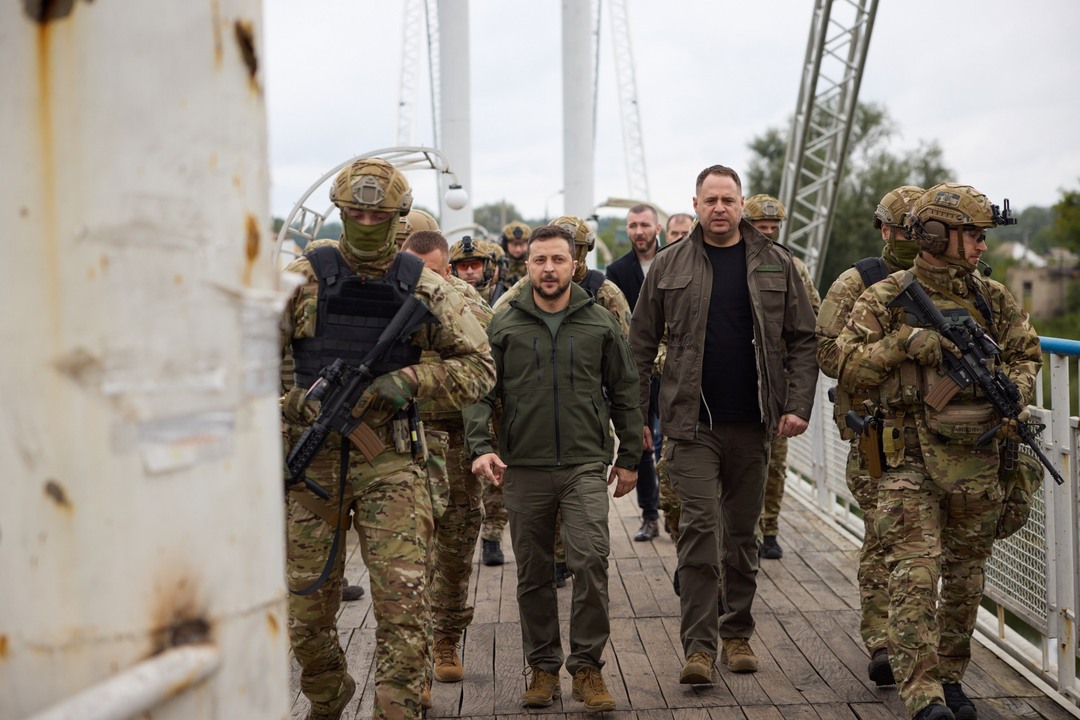 Earlier when we looked up, we were always looking for blue skies. Today, when we look up, we are looking for only one thing - the flag of Ukraine - Ukrainian President Volodymyr Zelensky's official Facebook account

President Volodymyr Zelensky said that Ukraine has discovered two more mass burial sites containing the bodies of hundreds of people in the northeastern town of Izium, which Kyiv recaptured from Russia this month.

Zelensky made his comment in an interview with CBS published late on Sunday in which he also called for sustained sanctions pressure on Russia, whose troops were routed in northeastern Ukraine in a lightning counteroffensive this month, Reuters reported, the Anews said.

Russian authorities did not immediately comment on Zelensky's assertion about the discovery of two more burial sites. Moscow regularly denies committing atrocities in the war in Ukraine or targeting civilians.

"The sanctions need to continue. These sanctions will have political impact, as well as financial impact."

After the months-long Russian occupation, Ukrainian authorities uncovered a large burial site next to a cemetery in a wooded area in Izium earlier this month, and launched an investigation into the circumstances of the deaths.

Last week, they finished exhuming the bodies of 436 people. The majority of them appeared to have died violent deaths and there were preliminary indications that 30 of them had been tortured, the regional governor said.

It is worthy to note that seventeen soldiers were also exhumed from a mass grave at the site.

Japan bans export of chemical weapons goods to Russia Is the death of Mahsa Amini a turning point for Iran?