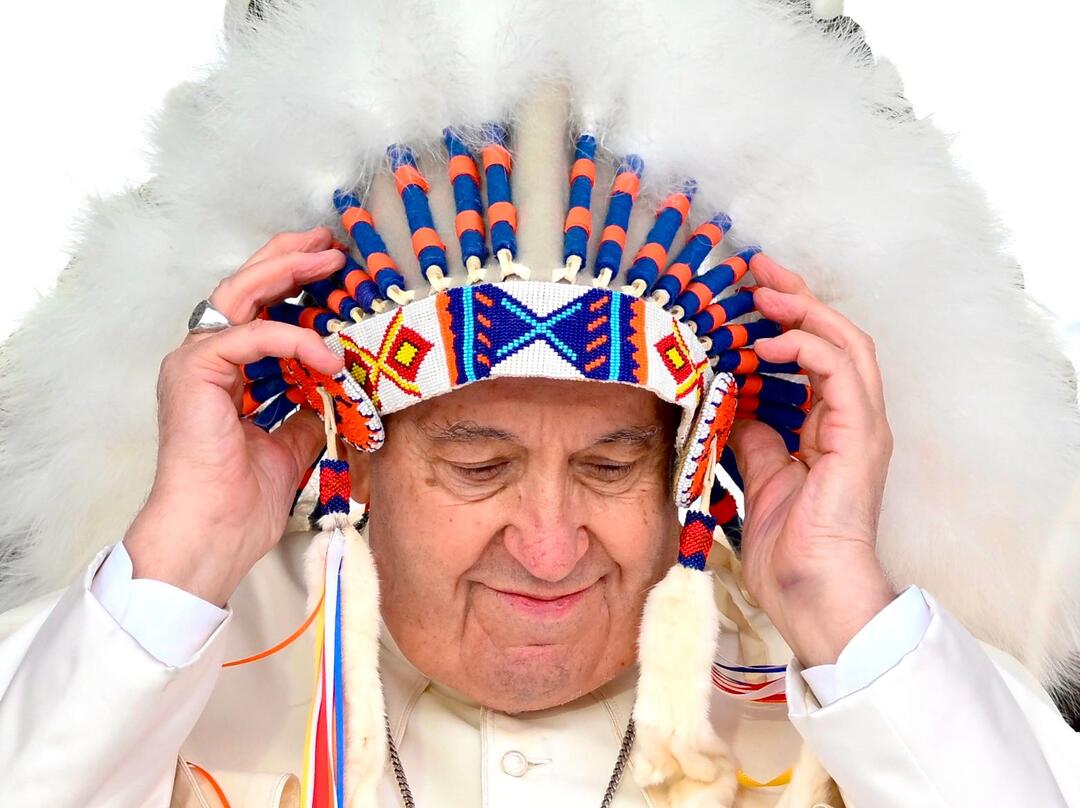 Pope shows in a picture during his visit to Canada to apologize to indigenous people - Photo. Vatican news

Pope Francis told indigenous leaders on his last day of his Canadian visit that he was pained that Catholics had supported "oppressive and unjust policies" against them, the Anews reported, citing Reuters.

The 85-year-old pope met on Friday (July 29) with an indigenous delegation at the Quebec archbishop's residence before he was due to leave for a brief stop in the Arctic territory of Nunavut, which Canada created in 1999 for the Inuit people.

Francis said: "I have come as a brother, to discover firsthand the good and bad fruit borne by members of the local Catholic family in the course of the years."

"I have come in a spirit of penance, to express my heartfelt pain at the wrong inflicted on you by not a few Catholics who supported oppressive and unjust policies in your regard," he added.

He was referring to residential schools, where more than 150,000 indigenous children were separated from their families and brought to between 1870 and 1996. Religious groups, most of them Catholic, ran the schools for the governments of the times to implement a cultural assimilation policy.

The children were starved or beaten for speaking their native languages and many sexually abused in a system Canada's Truth and Reconciliation Commission called "cultural genocide."

"I have come as a pilgrim, despite my physical limitations, to take further steps forward with you and for you," he said.

"I do this so that progress may be made in the search for truth, so that the processes of healing and reconciliation may continue, and so that seeds of hope can keep being sown for future generations – indigenous and non-indigenous alike – who desire to live together, in harmony, as brothers and sisters".

On Monday in the town of Maskwacis, the site of two former schools, he called the Church's role in the schools, and the forced cultural assimilation they attempted, a "deplorable evil" and "disastrous error."

Since then, he has alluded to institutional failure by the Church, saying it felt "burden of failure", warned against "defending the institution rather than seeking the truth," and said the Church was "admitting our faults".