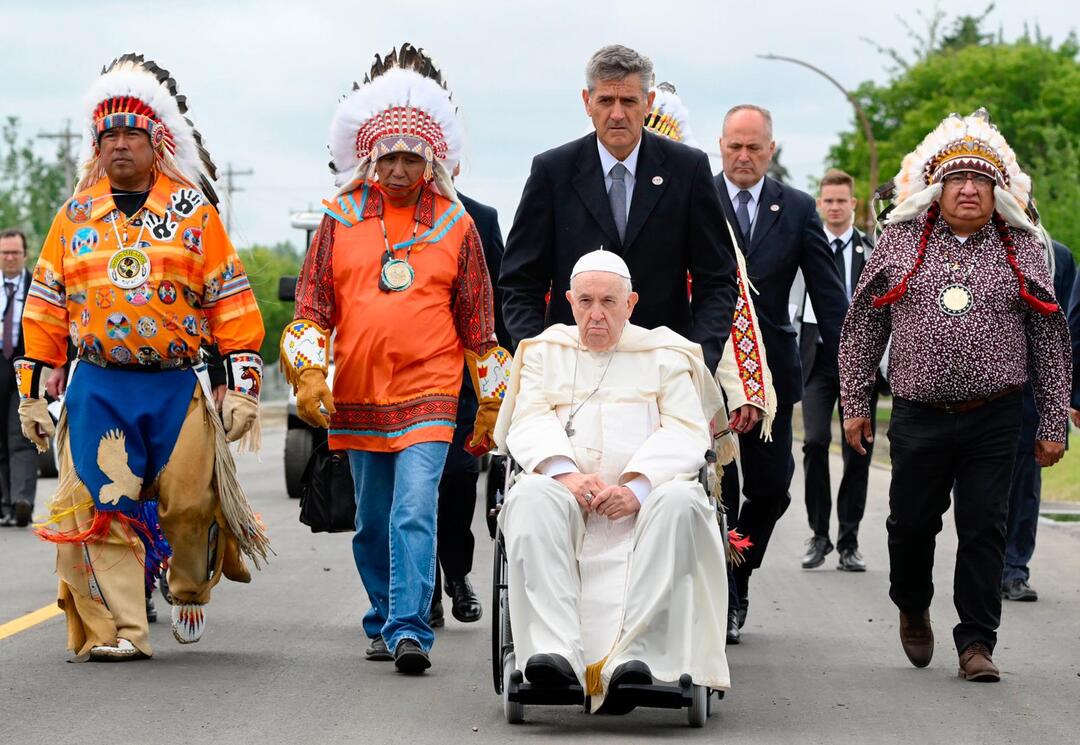 Pope Francis apologized on Monday (July25) to the survivors of the indigenous residential schools in an emotional speech in Canada, the Anews reported.

The Pope said: "I humbly beg forgiveness for the evil that many Christians committed against the indigenous people.”

He added that Canada residential schools were a disastrous error and the assimilation policy had devastating effects on the generations of indigenous people.

The 85-year-old pope is making the week-long apology tour of Canada to fulfill a promise he made to indigenous delegations that visited him this year at the Vatican, where he made the initial apology.

He said: "I ask forgiveness, in particular, for the ways in which many members of the Church and of religious communities cooperated, not least through their indifference, in projects of cultural destruction and forced assimilation promoted by the governments of that time, which culminated in the system of residential schools.”

Between 1881 and 1996 more than 150,000 indigenous children were separated from their families and brought to residential schools.

It should be noted that many children were starved, beaten and sexually abused in a system that Canada's Truth and Reconciliation Commission called "cultural genocide."