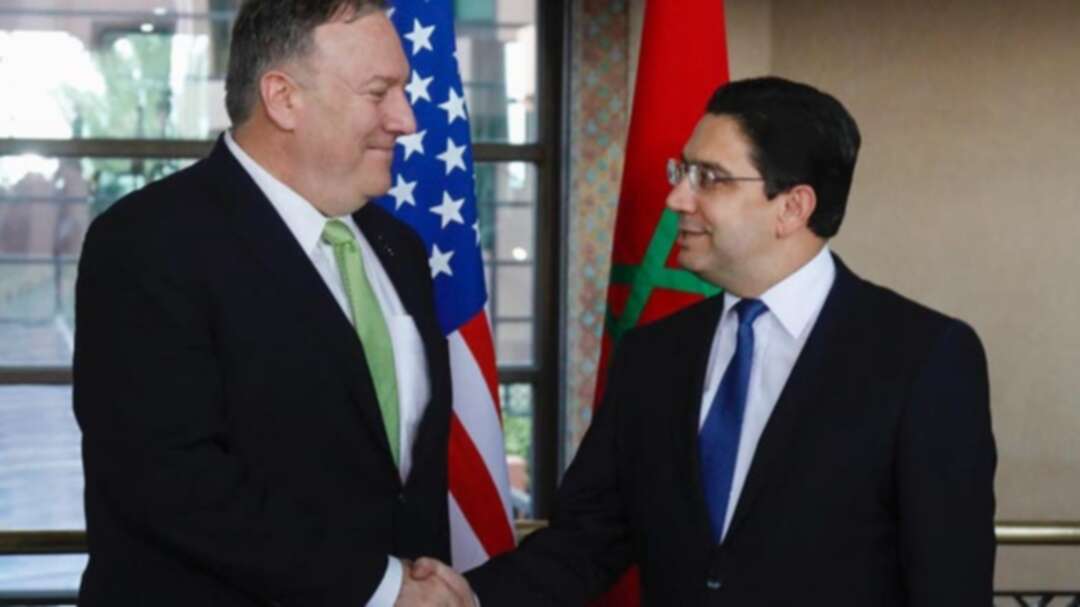 US Secretary of State Mike Pompeo is welcomed by Morocco's Foreign Minister Nasser Bourita (R) during his visit to Rabat on December 5, 2019. (AFP)

Top US diplomat Mike Pompeo visited Morocco on Thursday, the highest-ranking American official to travel there since the election of President Donald Trump.

Pompeo met his Moroccan counterpart Nasser Bourita to discuss the “threat” posed by Iran’s attempts to “broaden its regional influence”, as well as the conflicts in Libya and unrest across the Sahel region, Bourita said in a statement.

The State Department has called Morocco an “essential partner” in Washington’s broader diplomatic strategy, which includes normalization of ties between Arab countries and Israel.

The visit followed Israeli media reports that the country’s officials were hoping for a “breakthrough” in normalizing ties with the North African country in the coming days.

Neither Pompeo nor Moroccan officials made any public mention of such efforts during his visit.

Egypt and Jordan remain the only Arab countries to have peace treaties and formal diplomatic ties with Israel.

The trip comes after Pompeo announced last month that the United States no longer considered Jewish settlements in the West Bank to be illegal.

The decision broke with decades of international consensus that the settlements are illegal and a major barrier to peace with the Palestinians.

The king of Morocco last month called for an end to “the policy of colonization in the occupied Palestinian territories” and reiterated his support for a two-state solution.

Pompeo said they “discussed efforts to counter Iran’s destabilizing influence in the region, the importance of economic cooperation with regional partners and other issues related to Israel’s security.”

The US Secretary of State’s program was to include an audience with King Mohammed VI, but eventually the meeting was dropped, apparently due to Pompeo’s extended stay in Lisbon.

He did however meet Moroccan domestic intelligence chief Abdellatif Hammouchi to discuss counter-terrorism efforts, before leaving for Washington on Thursday evening.