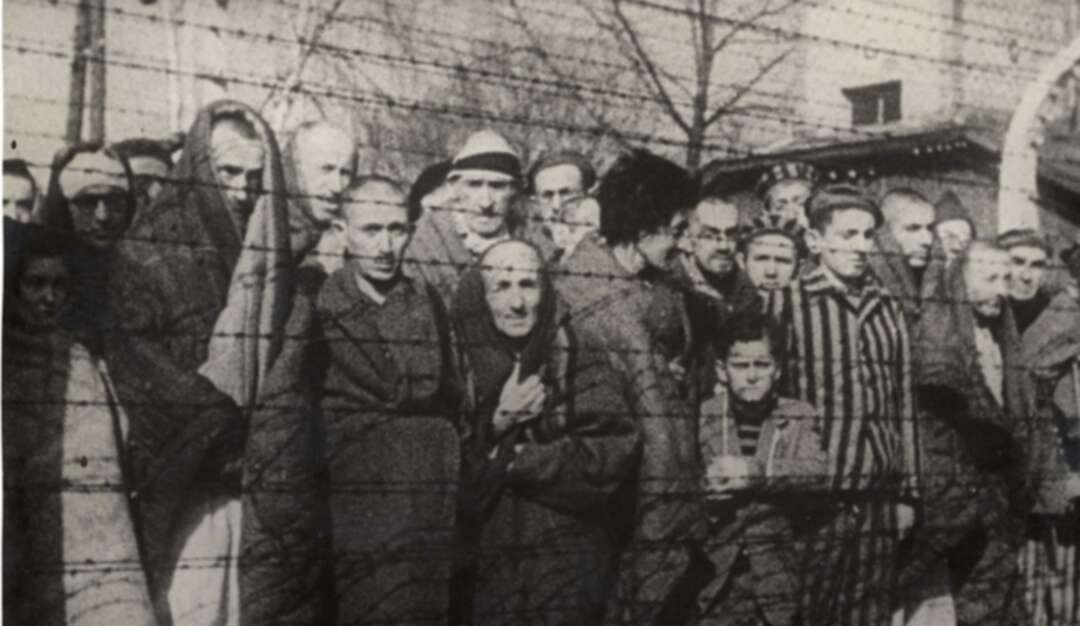 Soviet veteran Ivan Martynushkin remembers the 60th anniversary of the liberation of Auschwitz. It was a “massive celebration” with the Red Army’s role recognized front and center. Fifteen years on, however, something has shifted.

As time goes on, those anniversary events have become “different in tone” and attitudes toward Soviet veterans “drastically changed.” No longer revered in Europe for their role in liberating Poland, Martynushkin says “implicit accusations” began to creep in that the Red Army “were aggressors” who did not truly liberate Poland. In 2015, relations between Moscow and the rest of Europe had become so frosty that Putin was not even formally invited to mark 70 years of Auschwitz liberation. 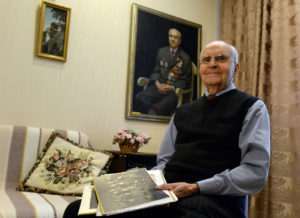 Ivan Martynushkin at his home in Moscow on January 23, 2015

Speaking with RT for the 75th anniversary of this event, Martynushkin says he has been surprised to discover over the years that many Poles and other Europeans have been led to believe that it was American soldiers who liberated Auschwitz. Even when he went to take part in the shooting of a documentary in Krakow, some Poles he encountered were “adamant” that it had been the Americans who liberated them.“They could not understand why they had been mistaken for so long. That’s something that has been etched into their memory,” he said, adding that he doesn’t get angry at those who don’t know the full story. 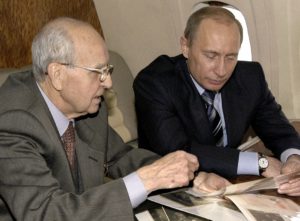 Martynushkin was just 20 when he was put on a train and sent to the front lines in 1943, having been trained to operate machine guns and mortars. By late 1944, the Red Army had liberated Russian territories and had moved on to Poland.

“Before crossing the border, our commanders talked to us a lot. They said Poland was our ally, that it was a victim in the war. Our mission is to liberate the fraternal nation of Poland. We were told about their culture,” he recalls.

By January 1945, several Soviet fronts were ready to launch an offensive. It had been set for January 20, but with the allies sustaining heavy casualties, Winston Churchill had asked Stalin to move earlier and the offensive was brought forward to January 12.

“Our division attacked the Nazis near Krakow. After a week of constant fighting, we reached it,” Martynushkin says. Famous for its beautiful architecture, the Red Army was instructed to make sure it remained intact as much as possible.

Martynushkin celebrated his 21st birthday with local Poles who put on a spread “like a family dinner” back home. “I still remember how excited the hostess was seeing us, young boys. She served us without sitting down and thought about our mothers,” he says.

His division soon moved on past Krakow and though he was a commander, Martynushkin couldn’t be sure exactly where his men were headed.

One day, having pushed the Germans out of a small village, his division came upon a huge field with barbed wire around it. Some kind of barracks could be seen beyond the wire, leading the men to assume it was a German military site. “It was twilight and we were told to make camp along the village, near the wire, and remain vigilant,” he says.

In the morning, they were given orders to ransack the area around the camp but were shot at from inside. They radioed for artillery backup but were informed the buildings in front of them were a prisoner camp and no artillery fire was allowed. 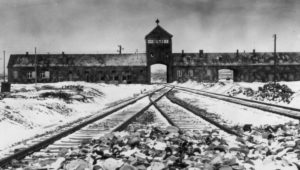 “They asked us to refrain from firing back to avoid stray bullets wounding the prisoners,” he explains.

It was only then, when they saw prisoners behind the fences, that it began to dawn on Martynushkin’s division that they had already reached Auschwitz. Martynushkin, it turned out, was one of the first Soviet soldiers to enter the infamous concentration camp. “ 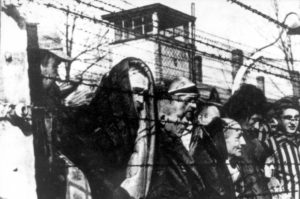 Later the full horror of the place was revealed as the Red Army began to search the buildings for Soviet prisoners of war. Before they entered the camp there had been a stench of something burning. They had experienced a similar smell before, but this time it was “particularly pungent and heavy.” Martynushkin later learned that the Nazis had blown up the crematorium a week earlier, but that corpses were still lying around the camp. They had been laid out in rows and set on fire like logs. 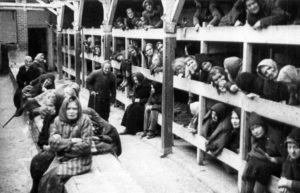 The Soviets settled at the camp for the night. In the morning, the medical battalion began attending to the prisoners and the Soviet kitchen units had caught up. Martynushkin later carried on into what was then Czechoslovakia, where he ended up being wounded and celebrated Victory Day in hospital.

After the war, Martynushkin retired from service, received new training and was given a job at a facility in charge of the atomic bomb project. He still visited Poland often but noticed opinions beginning to shift about the war and memories of the Red Army’s crucial role fading, replaced with stories of American heroism.

Still, despite attempts to “distort history” he says people, even in the Western media, are usually more interested in the “true story of Auschwitz” and not the “fake stories of today.”