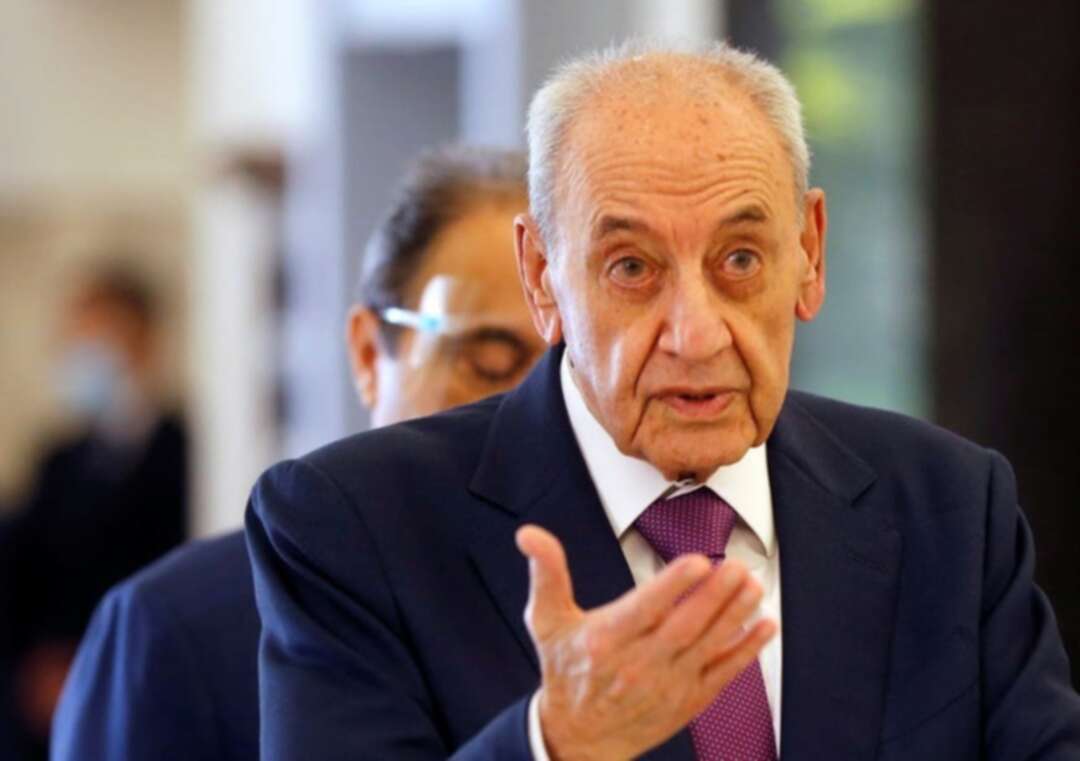 Lebanese Speaker of the Parliament Nabih Berri gestures as he arrives to attend a meeting with Lebanese political leaders to present the plan aimed at steering the country out of a financial crisis, at the presidential palace in Baabda, Lebanon May 6, 2020. (Reuters)

Influential parliamentary speaker Nabih Berri said on Monday that Lebanon would sink like the Titanic if it could not form a government.

We will all sink, with no exceptions,” MTV television quoted him as saying at the opening of a session of parliament.

Prime minister-designate Saad al-Hariri and President Michel Aoun have been at loggerheads over a new cabinet for months, dashing hopes of a reversal of Lebanon’s deepening financial meltdown.

The energy ministry has said there are no funds to pay for imports beyond March.

Lebanon’s parliament on Monday approved a $200 mln loan to be allocated for fuel imports for power generation.

The assembly approved the loan after the energy ministry had said there were no more funds beyond March for the electricity company.

The Zahrani power plant, one of Lebanon’s four main electricity producers, has shut down after its fuel ran out.