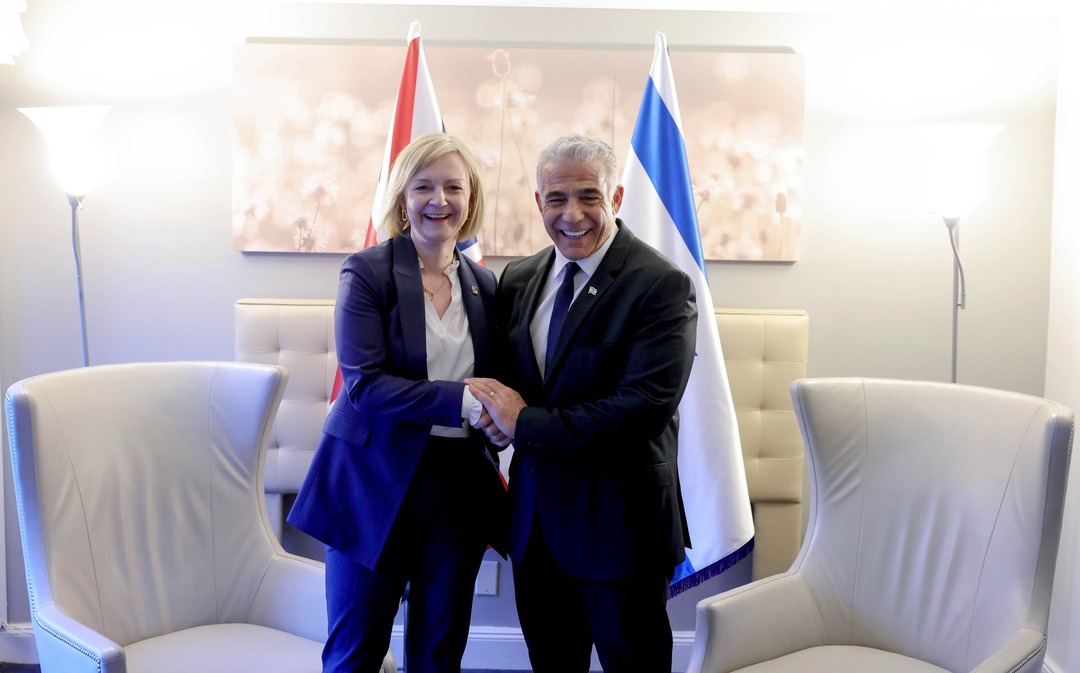 The Palestinians have called a proposal by the UK to move its embassy from Tel Aviv to Jerusalem a "blatant violation of international law".

British Prime Minister Liz Truss has told her Israeli counterpart she is reviewing the location of Britain's embassy in Israel, her office said on Thursday (Sep 22).

The British embassy in Israel is located in Tel Aviv where most other countries have their embassies.

Israeli Prime Minister Yair Lapid tweeted earlier on Thursday (Sep 22) that he was grateful to her for considering moving the embassy to Jerusalem.

Such a move would be highly controversial. The opening of the US embassy in Jerusalem in 2018 was met with outrage across the Arab world.

Downing Street has not given any indication of timing but has confirmed that a review is under way.

British officials said they would not speculate on the outcome, adding that Ms Truss was aware of the sensitivity and importance of the location of the British embassy in Israel.

Truss and Lapid met at the United Nations General Assembly in New York.

Husam Zomlot, head of the Palestinian mission in London, told Times Radio he was shocked at Truss's review, and said any move to relocate the British embassy would "destroy" the relationship with the British government.

"Such promise is immoral, illegal and irresponsible!" he said.

East Jerusalem, along with the West Bank and Gaza Strip, were captured by Israel from Jordan and Egypt in the 1967 Middle East war and have since been viewed internationally as occupied Palestinian territory.

Palestinians say East Jerusalem must be the capital of a future Palestinian state.