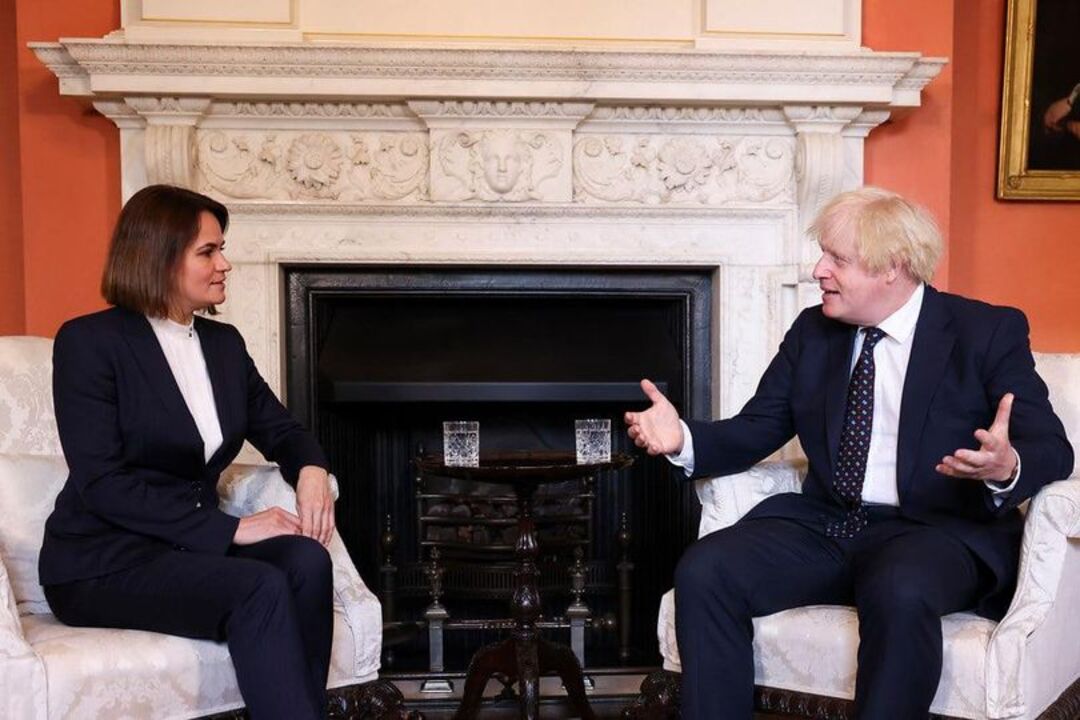 Tikhanovskaya claimed victory in Belarus's contested 2020 presidential election but now lives in exile in Lithuania after Lukashenko launched a brutal crackdown on the opposition.

"If he will make our army participate (in Ukraine) it will be political suicide for him," she told AFP before a speech to the annual conference of Britain's main opposition Labour party, in Liverpool, northwest England.

"Even those people who are for this regime (and) allies of Lukashenko, they are against the war in Ukraine."

The 40-year-old dissident hit out at "sham" annexation votes held this week by pro-Kremlin authorities in four Moscow-held regions of Ukraine, where officials have claimed overwhelming victories.

ikhanovskaya said the votes -- also condemned as a "sham" by Kyiv and its Western allies -- were a bogus attempt by the Kremlin "to sell something to (the) Russian people as a victory" that would fail to win global recognition.

"Everybody saw that (the) Kremlin's army is not so powerful, that the king is naked. So no one normal country will recognise this referendum," she added.

Tikhanovskaya noted Lukashenko successfully used his own "so-called referendum" earlier this year to give him the legal means to house Russian nuclear weapons in the country.

"What we are concerned about is that nuclear weapon(s) can be launched from the territory of Belarus," the opposition leader said.

"Maybe our country can be used for such like, shame(ful) aims, and of course, it will be (a) catastrophe."

Tikhanovskaya, seen by the West as the true winner of August 2020 presidential elections that kept Lukashenko in power, argued however that this week's referendums had put the ageing autocrat in a "difficult situation".

Lukashenko is in a "very fragile position", the opposition leader said, adding Belarusian dissidents were "creating more multiple points of pressure on him".

"There will be (a) moment when military people, KGB, will be on the side of the Belarusian people," she said, referring to the country's Soviet era internal security services.

"It's our task to split them with different means and we hope that in a particular moment everything will happen.