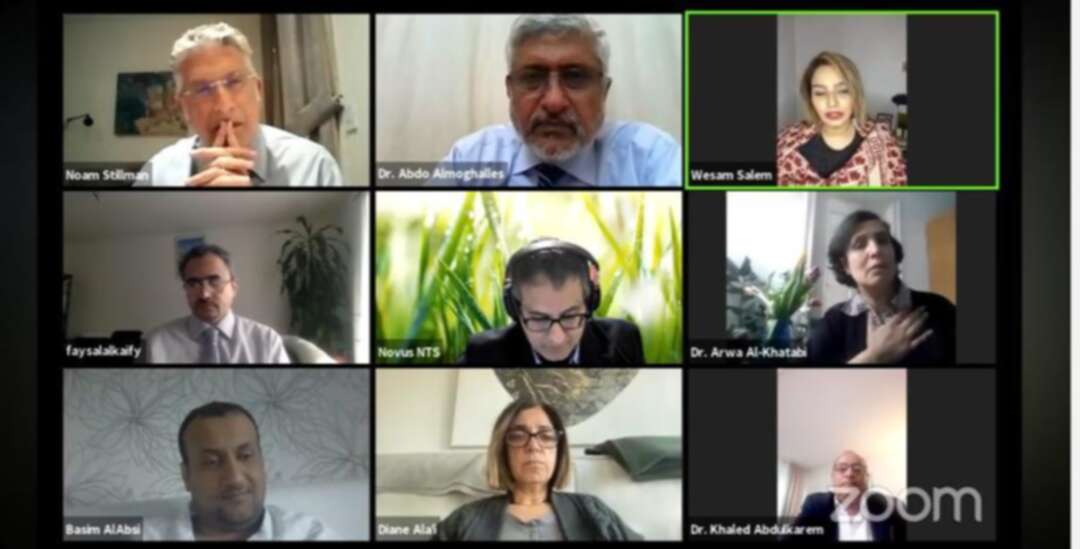 2. Dr. Norman Stillman, Professor Emeritus and Honorary President of Jewish History at the University of Oklahoma

3. Mr. Nadim Al-Saqqaf, co-founder of the Foundation for Excellence for Integration and Development (EFID)

Dr. Wissam opened the seminar and said: “No one has been spared the persecutions and violations of the Houthi militia. The Houthi idea is based on the idea of ethnic selection and is identical with the Nazis, which is that they are of a race different from the rest of the world and they are distinguished from others, and therefore it is not only minorities who suffer from their violence. It is brutal against all Yemenis, as they suffer from these violations.

Dr. Abdah talked about the racism and superiority of the Nazi Houthis, he mentioned the position of the Houthis towards Sunni Muslims, Baha’is, Yemeni Jews, and Africans, which is the same as the position of the Nazis towards other races in Germany, and he compared Nazism in Germany and mentioned that it is a totalitarian ideology that puts the Aryan race at the top of the hierarchy of humanity and puts the militia the Houthis are the race of the sons of Hassan, Hussein, and Muhammad at the top of the hierarchy of mankind and add to this a religious dimension that they are the ones whom God has chosen and chosen to be imams to rule the people.

He mentioned that Nazism was based on two main ideas, namely the classification of the human group and its arrangement according to an ethnic division and the nation-state as the only tool to achieve the first goal and applied the militia The Houthis have the same two ideas of promoting the people of the house and the state of the Imam. 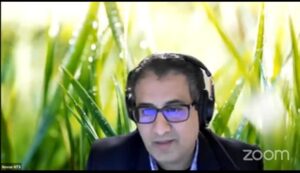 He talked about preventing the Houthi militia from marrying the Hashemites with the tribes and the rest of the Yemenis. He mentioned that the extermination of the Jews by the Nazis was the same that happened to the African refugees and were burned by the Houthi militia.

He made clear that the Nazis do not allow the Jews to reach power, and the Houthis also see in the Sunni Muslims that they are ISIS. Takfiris and you also see in the Jews and Baha’is, and that they cannot be part of the building of the Yemeni state and Yemeni society, and he concluded his speech that the Houthi militia practices its racist ideas and calls about the purity of their dynasty and their right to rule in the same Nazi methods.

Dr. Norman spoke about the displacement and persecution of the Jewish community by the Houthi militia and stated that during the last century the number of Jews in Yemen reached about 60,000 and they used to go to Palestine for the Hajj and many Jews were in Saada and Saada became a center for Jewish knowledge and knowledge in a tolerant atmosphere towards the Jews. . He said: “There was no pressure on them, for example, the houses were at the same height as the Muslims’ homes and they were allowed to keep their clothes. Unfortunately, after the Houthi militia coup, the Jews were pressured by the Houthis in Saada, so some Jews fled to Sanaa because of the Houthis, and then they found themselves.”

Amid the conflict after the Houthi coup against the legitimate authority in Sanaa 2014. It was mentioned that the remaining 100 Jews in 2019 were deported to America through the US State Department, and some of them were transferred to the United States and some of them obtained asylum there. 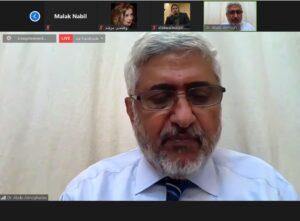 He mentioned an incident of a Jew stabbing with his children in Sanaa in 2018 due to the racist slogans of the Houthis, and asserted that the Jews in Yemen suffered under the Houthi coup as they had to cut the girdle, he concluded his speech and said, “There are not many Jews left in Yemen only two families have been deported recently. In 2020, to England and to the United Arab Emirates, there is not much left. ”

Nadim spoke about the injustice affecting the Baha’i community and about the importance of coexistence to build a civil state and give rights to all, he mentioned the Houthi ideology against equality, coexistence, non-acceptance of others, lack of belief in the Universal Declaration of Human Rights and lack of belief in the right of citizenship, and mentioned the recent speech of the Houthi leader confirming that the Houthis consider equality among Yemeni citizens.

Those who differ from them violate their beliefs and consider coexistence and acceptance of the other as a declaration of war on their beliefs, and the last speech is considered an official declaration that there is no coexistence with any religious minority and that the fate of any minority is to perish, it was mentioned that the Houthi militia committed against minorities, especially the Baha’i, crimes and systematic targeting of their extermination, and the strange thing is that equality and rights minorities are guaranteed according to international and local laws in Yemen and the Yemeni constitution stipulates the necessity of working with them.

He talked about the continuation of the trial of the Baha’is after their exile from their homeland with the void and unfair rulings after the amnesty was issued by their leadership, and he concluded his speech and said: “I was in prison with some Jews and I know what happened to them. Unfortunately, it is not only Baha’is who suffer because of their religion or ideology. We want a change in thought to build Yemen. We must talk about how Advancing citizenship rights and building a civil state is based on coexistence and acceptance of others.