The chairman of Oman's cricket board told Reuters he would have had to wave “Goodbye” to the Twenty20 World Cup had a deadly storm that ripped through the Gulf state on Sunday taken a slightly different path.

The Dawn reported citing Reuters, eleven people were killed as heavy winds and rain swept through the country after tropical storm Shaheen made landfall in Oman.

The Gulf state will host six Group B matches at Al Amerat near Muscat, including three involving their own team, and Oman Cricket Chairman Pankaj Khimji said they were “very fortunate” to have missed the worst of the storm.

He told Reuters: “We were so close to being virtually wiped out.”

“We had the cyclone only a few nautical miles north. It made the landfall there and it's devastated that whole region and flooded the whole plain over there. 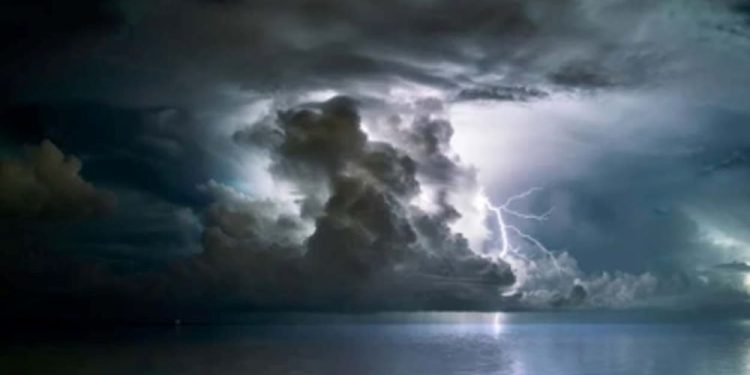 
“Had this had happened over here in this area, I'd have said 'Goodbye' to the World Cup.”

Read more: US oil prices rise for fifth day to their highest since 2014

While a handful of hospitality tents bore the brunt of the storm, the organisers were pleased with the greener look of the outfield following the intense rain.

Khimji said: “We got about three to four inches of rain,” adding, “And that made the ground even more lush and greener, it looks even prettier now. It washed off all the dirt and sand.”

According to the report, the tournament was moved to the United Arab Emirates and Oman from India due to a Covid-19 surge and Khimji said it was a huge honour for minnows of the cricket world to stage such a prestigious event.

He said: “This cricket coming to Oman is gigantic,” and “To think that there will be tens of millions of people watching the first game, it's overwhelming to an extent.

“How often will an associate country get a chance to host and play in the World Cup at the same time? This is unreal, I'm living a dream.”

Zeeshan Maqsood will lead a bunch of Omani amateurs in the tournament and Khimji was hopeful they could make the Super 12 stage with a top-two finish in Group B, which also includes Bangladesh, Scotland and Papua New Guinea.

“They have been fantastic. These are rank amateurs, they have a job which they do nine-to-five, and they've taken a month or two off just to compete in this World Cup.”

The report mentioned, England arrived in Muscat on Tuesday to begin their 10-day preparatory camp before the Super 12 stage in the United Arab Emirates.

It noted that the World Cup gets underway on October 17.