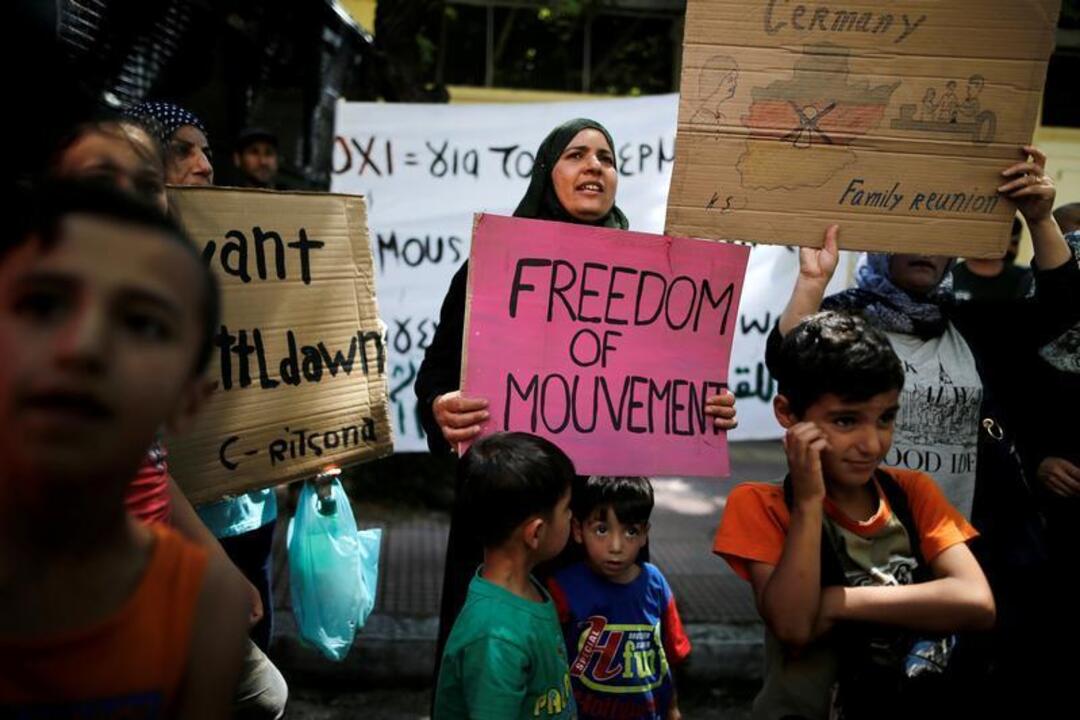 A Syrian refugee holds banner during a demonstration against delays in reunifications of refugee families from Greece to Germany, in Athens, Greece, August 2, 2017. REUTERS/Alkis Konstantinidis TPX IMAGES OF THE DAY - RTS1A356

Data showed on Friday (June 10) that the number of Syrians who became naturalised German citizens was three times higher in 2021 than the year before, as many of those who fled between 2014 and 2016 fulfilled eligibility criteria.

The Federal Statistical Office in Germany said that the overall number of foreigners who became naturalised Germans grew 20% in 2021, reaching roughly 131,600. Of those, 19,100 were Syrians who became German citizens.

Hundreds of thousands of migrants entered Germany after former Chancellor Angela Merkel opened the borders in 2015 to refugees fleeing war and poverty in the Middle East and beyond, the Zawya reported, citing Reuters.

While, in general, a person has to live in Germany for at least eight years to qualify for citizenship, the majority of Syrians qualified earlier - on average after 6.5 years - by showing particular willingness to integrate, for example with strong language skills and civic commitment, it said.

The office said 2021 saw the highest number to date of people who naturalised early, with just under 12,400 cases. Of those, 43% were Syrian.

The office added that the number of Syrians who naturalise is expected to also rise in 2022. At the start of the year, 449,000 Syrian nationals had been in Germany at least six years, more than four times as many as at the start of 2021.