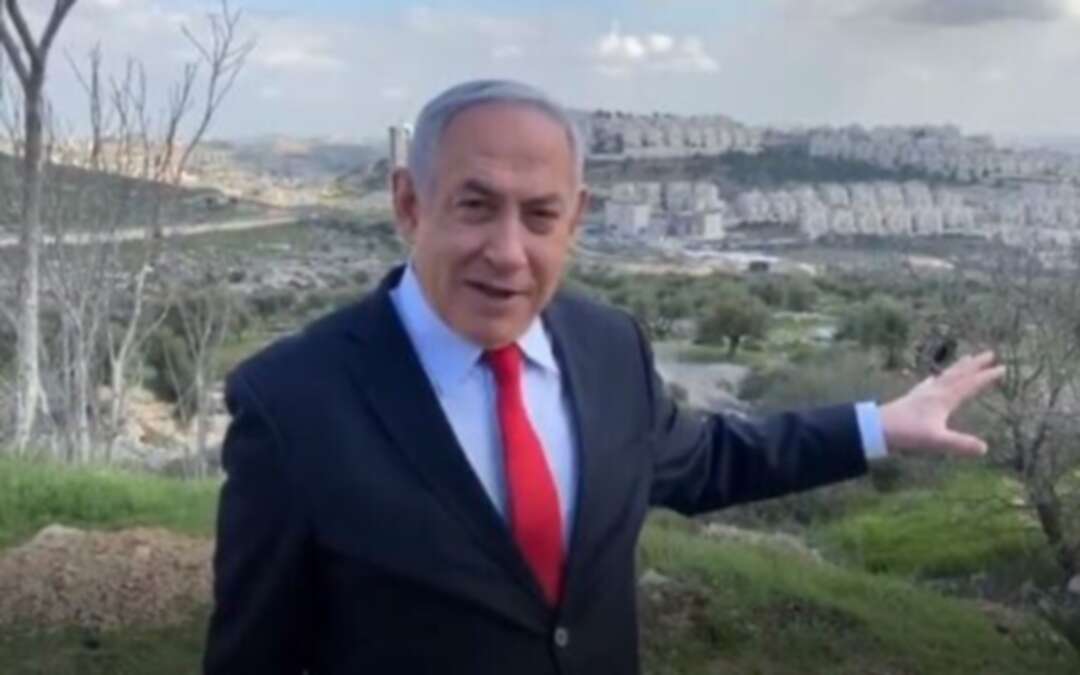 The plan which was condemned by the Palestinians as another blow to their hopes for an independent state comes less than two weeks before Israeli general election.

"I have huge news today -- we're adding another 2,200 units to Har Homa," Netanyahu said in a video message posted by his office.

Israel’s settlements are illegal under international law but the US now dispute this. With almost 3 million Palestinians, there are almost 600,000 Israeli settlers living in the West Bank.

For its part, Watchdog Peace Now said that Netanyahu, who is currently leading a caretaker government after two elections failed to produce clear winner, lacked the mandate to approve the contentious projects.

"Such a change of policy can't happen in a transitional government without a mandate from the public," it said.

For his part, Nabil Abu Rudeineh, a spokesman for PA President Mahmoud Abbas said after the Israeli leader’s announcement: “Netanyahu’s insistence on building thousands of settlement units is the systematic destruction of the two-state solution and the implementation of the Trump plan.”

According to Reuters, the construction of 2,610 housing units for Jews in Givat Hamatos was approved by a Jerusalem planning committee in 2014.However, the Israeli government effectively put the project on hold after the US and the European Union criticized the plan.