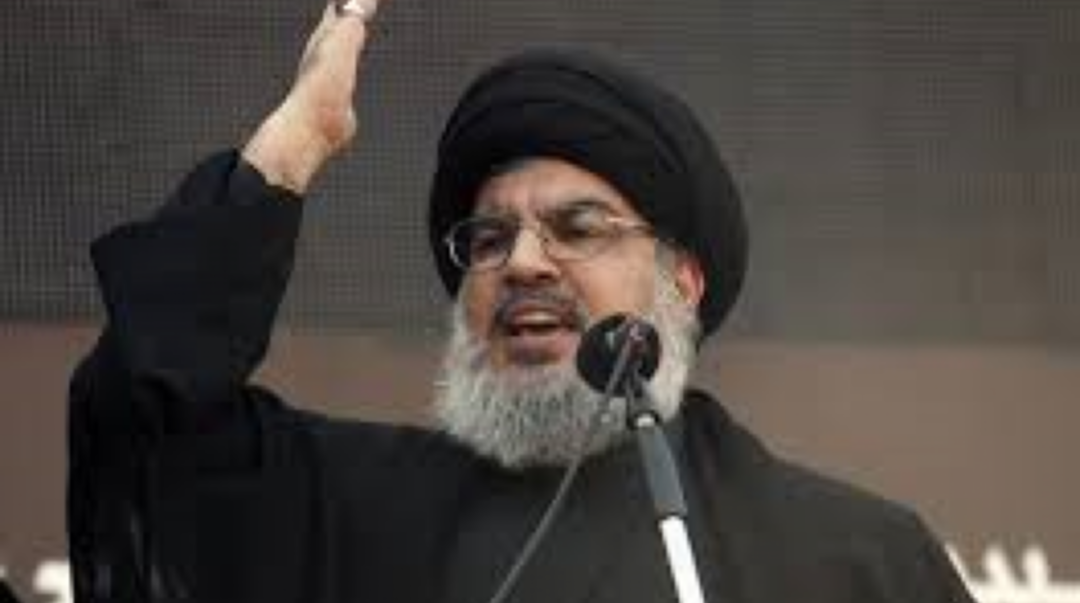 Nasrallah: Khamenei Is Our Imam, Our Leader… No Place For Neutrality in Any War Against Iran

Hezbollah Leader Hassan Nasrallah warned that any war on Iran would ignite the entire region and lead to “the end of Israel.”

Nasrallah said “This is our position as part of the axis of the resistance: we are not neutral and will not be,”.

In a speech in the southern suburbs of Beirut on the occasion of Ashura, Nasrallah described the US sanctions on Iran, Syria and the resistance movements in Palestine, Lebanon and Iraq as “unjust.”

“This supposed war will mark the end of Israel, the end of American hegemony and presence in our region,” he underlined.

Nasrallah went on to say: “From Lebanon, we tell the whole world that our imam, our leader, our master… is Grand Ayatollah Sayyed Ali Husseini Khamenei… and that the Islamic Republic of Iran is the heart of the axis, its main center, its strongest supporter…”

He denounced the “sanctions on Lebanese banks”, which he said had “nothing to do with Hezbollah," referring to the Jamal Trust Bank, adding that the Lebanese State and government should “defend the Lebanese and their institutions.”

Commenting on the recent Israeli attacks, Nasrallah said: “The Lebanese have foiled Israel’s attempt to change the rules of engagement that have been in place since 2006.”

He also valued “the united Lebanese position in rejecting the Israeli aggression on Lebanon.”

On the economic file, Nasrallah noted that the situation was not hopeless, but needed a responsible approach and concerted efforts to fight corruption.