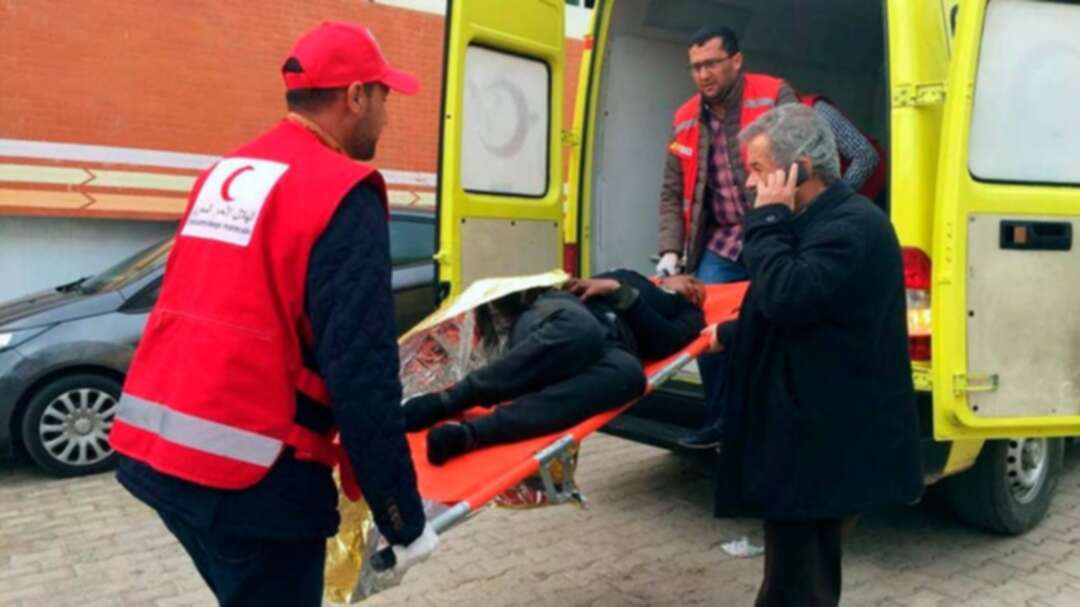 medics transport survivors of a migrant shipwreck to a hospital in Nador, northern Morocco, on December 16, 2019. (AP)

Seven African migrants died on Monday and 70 other people were rescued when their boat sank while trying to cross the Mediterranean Sea from Morocco to Spain, according to a military official.

The rescued migrants, including 10 women and a baby, were brought back to the Moroccan coastal city of Nador and taken to Morocco’s coast guard for medical treatment, the military official told The Associated Press. The official was not authorized to be publicly named.

Emergency workers with the Moroccan Red Crescent carried the migrants on stretchers, some wrapped in thermal blankets, according to images obtained by the AP.

The Moroccan Human Rights Association’s office in Nador said the baby’s mother was among the dead. Officials could not immediately confirm the victims’ identities.

The human rights group said the boat sank after a fire broke out and quickly spread amid strong winds.

It was the latest of several dangerous migrant boat crossings on the rough sea passage between Morocco and Spain.

Some 22,970 migrants have arrived in Spain by sea so far this year, and 325 people have died trying, according to the International Organization for Migration.