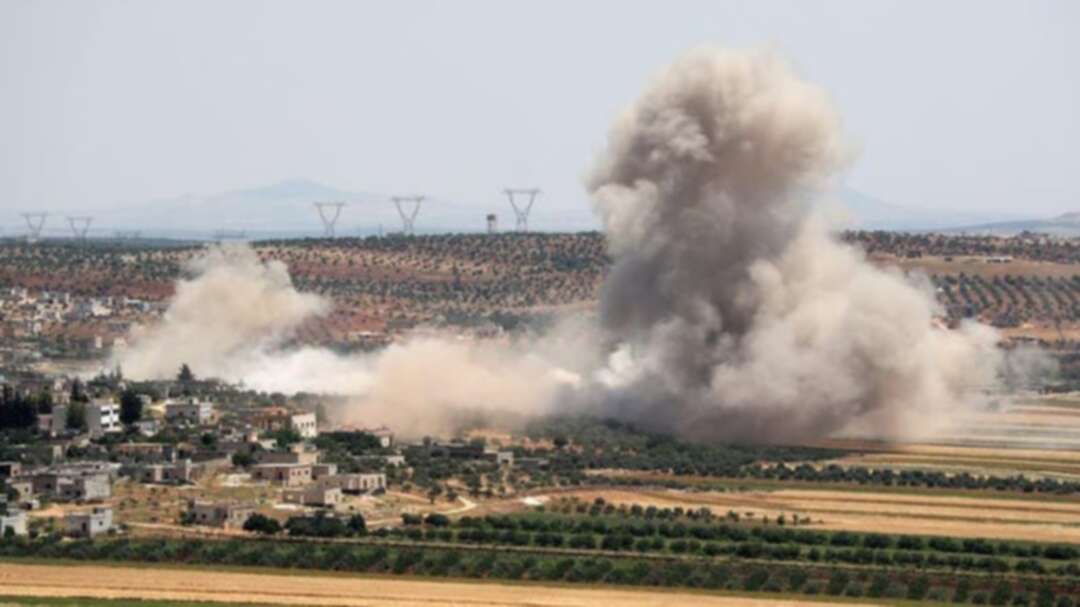 More than 235,000 people have fled the northwestern Idlib region over the past two weeks. (File photo)

More than 235,000 people have fled the northwestern Idlib region over the past two weeks, the United Nations said Friday, amid heightened regime and Russian attacks on Syria's last major opposition bastion.

The mass displacement between 12 and 25 December within Idlib has left the violence-plagued Maaret al-Numan region “almost empty,” the UN said in a statement.

AFP correspondents in the area have seen people fleeing in droves in recent days.

The main highway connecting southern Idlib to the province's north has been bustling with pick-up trucks ferrying civilians out of the flashpoint region.

Since mid-December, Russian-backed regime forces have pressed with an assault on extremists in southern Idlib, despite an August ceasefire deal and calls for a de-escalation from Turkey, France and the United Nations.

The increased air strikes came as Damascus loyalists advance on the ground.

They have since December 19 seized dozens of towns and villages from extremists amid clashes that have killed hundreds on both sides.

The advances have brought them less than four kilometers (two miles) away from Maaret al-Numan, one of Idlib's largest urban centers.

According to OCHA, ongoing battles have amplified displacement from the area and the nearby town of Saraqeb.

“People from Saraqab and its eastern countryside are now fleeing in anticipation of fighting directly affecting their communities next,” it said.

Idlib is dominated by the country's extremist opposition group, Hayat Tahrir al-Sham, whose chief this week urged extremists and allied rebels to head to the frontlines and battle “the Russian occupiers” and the regime.

The region hosts some three million people, including many displaced by years of violence in other parts of Syria.

The Damascus regime, which now controls 70 percent of Syria, has repeatedly vowed to take back the area.

Backed by Moscow, Damascus launched a blistering offensive against Idlib in April, killing around 1,000 civilians and displacing more than 400,000 people.


Despite a ceasefire announced in August, the bombardment has continued, prompting Turkey this week to press for a fresh ceasefire deal during talks in Moscow.

France on Tuesday called for an “an immediate de-escalation,” warning of deteriorating humanitarian conditions.

The war in Syria has killed more than 370,000 people and displaced millions since it began with anti-government demonstrations brutally crushed by security forces.