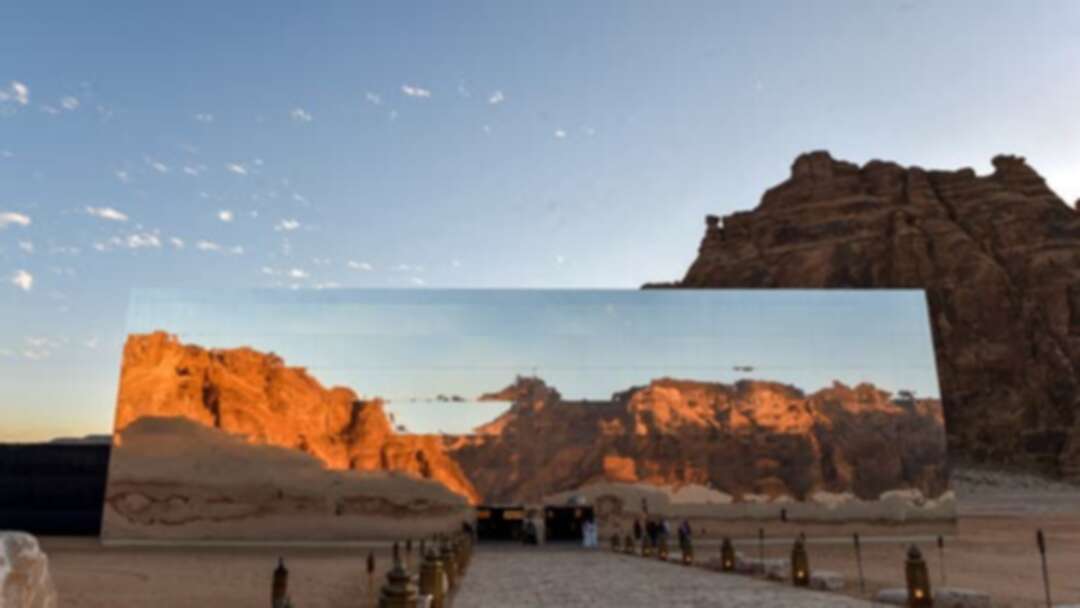 A view of the facade of Maraya concert hall hosting the first “Winter at Tantora” music festival in Al-Ula. (File photo: AFP)

The Maraya Concert Hall in AlUla is playing host to the 41st Gulf Cooperation Council (GCC) Summit, with leaders from all six member states of the GCC set to attend.

The 500-seat hall hosting the delegations, Maraya, is also the Guinness World Record holder for the world’s largest mirrored building, with visitors treated to a reflection of the beautiful desert landscape of AlUla.

The special summit this year marks a new shift in relations with Qatar, whose Emir Sheikh Tamim bin Hamad al-Thani arrived on a Qatar Airways plane and was greeted by Saudi Arabia’s Crown Prince Mohammed bin Salman. The event also comes just one day after the Kingdom reopened its airspace and land and sea borders to Qatar, marking an end of a three-year boycott in diplomatic and trade ties between the two countries.

In total 9,740 square meters of mirror make up Maraya, which itself means ‘reflection’ and ‘mirror’ in Arabic.

“It represents a modern architectural masterpiece and can accommodate about five-hundred guests and provides a high-quality sound system,” the Royal Commission for al-Ula has previously said.

Maraya hall at the Winter at Tantora festival

As a concert hall, Maraya has already sought to cement its position as the center of AlUla’s cultural and arts scene. In February 2020, Maraya hosted world-famous musicians during the Winter at Tantora festival. 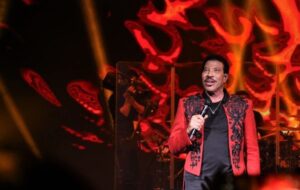 Acts included a group Iranian singers who performed at Maraya. Shahram Shabpareh, Leila Forouhar, Ebi, Sasy, Shadmehr Aghili, Andy, and Arash Labaf, like other Iranian musicians are banned from performing in their own country of Iran.

Acts included a group Iranian singers who performed at Maraya. Shahram Shabpareh, Leila Forouhar, Ebi, Sasy, Shadmehr Aghili, Andy, and Arash Labaf, like other Iranian musicians are banned from performing in their own country of Iran. 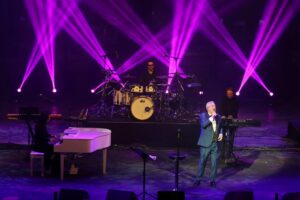 “This initiative is in line with the Kingdom of Saudi Arabia's focus on recognizing AlUla as a cradle of diverse civilisations and cultures throughout the ages, and establish the Winter at Tantora Festival as a hub for cultural fusion and a bridge for cultural dialogue, ideas exchange and transmission of culture,” the Royal Commission for al-Ula said at the time.

Maraya hall was upgraded ahead of the Winter at Tantora season, with a raft of structural improvements and renovations, with the aim of creating a large, permanent facility with upgraded acoustics.

AlUla: The home to Maraya hall

Al Hijr is the remains of a 2,000-year-old city founded by an ancient Middle Eastern people in pre-Islamic times. In the first century BC the Nabatean community made Al Hijr their second-largest city, only behind their capital of Petra in modern Jordan.

The site, also known as Madain Saleh, held a strategic location on the ancient trade route in what is now the northwestern AlUla region of Saudi Arabia. It played a key role in the frankincense and myrrh trades.

AlUla, itself is a vast area that covers over 22,500 kilometers, reopened earlier this year to tourists, and has played a central role in the Saudi Arabia’s Vision 2030 plan to boost tourism and diversify the Kingdom’s economy. AlUla is on track to become the world’s largest living museum by 2035.

Alice Moufarrej to Levant news: The detainees' file is a bargaining tool to lift the sanctions against the Syrian regime EU says it will redouble efforts to save Iran deal