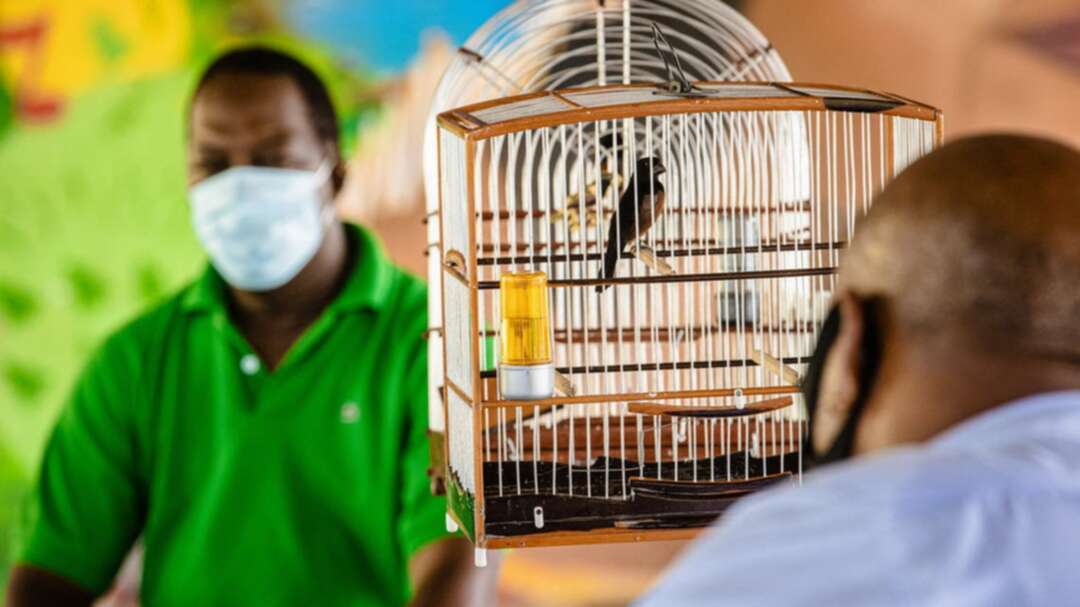 Two jury members sit in the playground of the school Henry Agarande, during a song contest of 'Pikolet' chestnut-bellied seed finch (Sporophila angolensis) birds in Cayenne, in the French overseas department of Guiana, on November 28, 2020. (File photo: AFP)

Customs officials at New York’s JFK Airport discovered 35 live finches attached to a man’s jacket and ankles as he attempted to smuggle them into the country for singing competitions, federal prosecutors said Tuesday.

A search revealed the man was wearing dozens of small cylindrical containers with mesh-covered openings, allowing the birds inside to breathe, according to photos published online.

Approximately a dozen of the containers, which were made from hair curlers, were attached to the inside of his jacket, while the rest were wrapped around his ankles.

When questioned, the man said that he was offered $3,000 to transport the birds, receiving $500 before he leaving the capital of Guyana, Georgetown. He was to receive the remaining balance upon delivery in the US.

Finches are prized for their joyful and melodious song, with singing competitions regularly held in parts of the New York boroughs of Queens and Brooklyn, which include betting.

A winning finch can be worth more than $10,000, according to a special agent for the US Fish and Wildlife Service in the document released by prosecutors Tuesday.

Finches from Guyana are in particularly high demand due to their superior singing abilities.

The man was released on $25,000 bond, according to documents.

Worldwide, officials seized 20,762 wild animals in 2017, according to the United Nations Office on Drugs and Crime (UNODC), citing the last available figure.