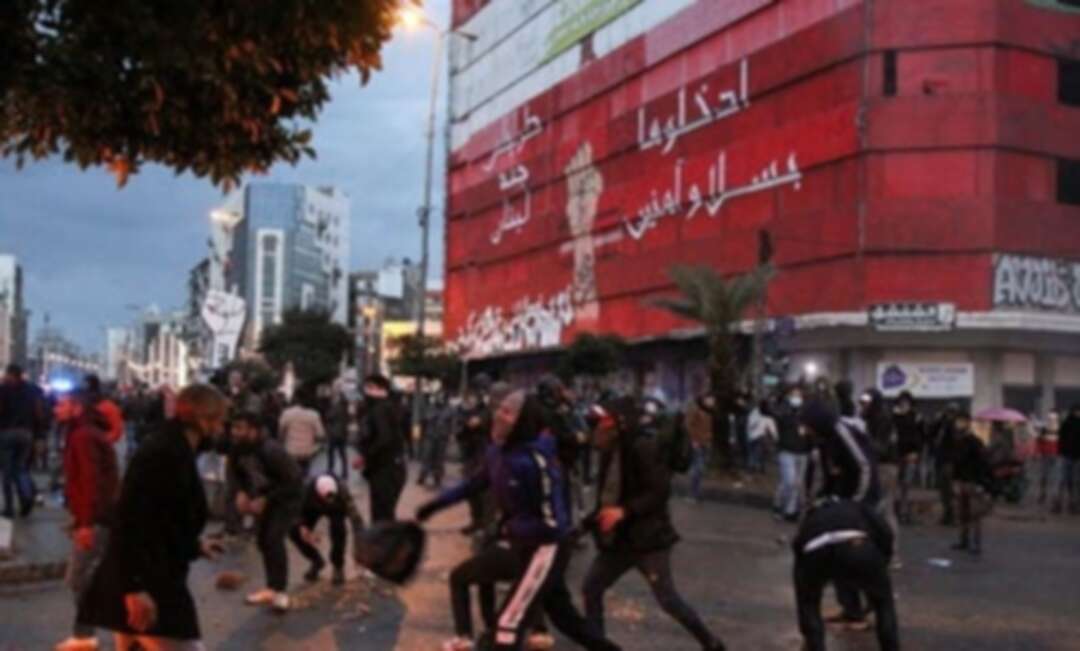 Demonstrators protest against the lockdown and worsening economic conditions, in Tripoli. (Reuters)

Lebanon’s caretaker prime minister on Friday condemned overnight violence in the city of Tripoli, where protesters angry over a strict lockdown clashed with security forces and set the municipality building on fire.

Thursday was the fourth straight night of unrest in one of Lebanon’s poorest cities, after the government imposed a 24-hour curfew to curb a COVID-19 surge that has killed more than 2,500 people.

“The criminals who set the municipality on fire and attempted to burn the court ... represent a black hatred for Tripoli,” Hassan Diab said in a statement.

“The challenge now is in defeating these criminals by arresting them one by one and referring them to the judicial system.” 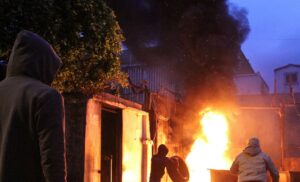 Demonstrators set fire near the government Serail building, during a protest in Tripoli. (Reuters)

Flames engulfed the government building after it caught fire just before midnight on Thursday. Police had been firing tear gas at protesters hurling Molotov cocktails.

A funeral for a man who died after being shot by a bullet on Wednesday night had given fuel to the further protests. 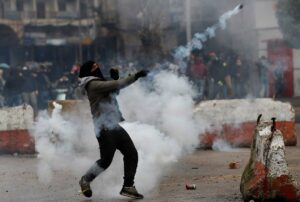 A protester throws back a tear gas canister towards riot policemen during a protest in Tripoli. (AP)

Diab’s statement on Friday did not mention the killing; Human Rights Watch has called for it to be investigated.

“We promise to work quickly to restore the municipality building of Tripoli so that it remains an expression of its dignity and pure heritage,” Diab said.

The lockdown, in effect since Jan. 11, is piling extra hardship on the poor, now more than half the population, with little government aid.

Lebanon has been in the throes of its worst financial crisis since 2019 and anger has erupted into protests over the economy, state corruption and political mismanagement.

A currency crash has triggered fears of rising hunger, but Lebanese leaders have yet to launch a rescue plan or enact reforms to unlock aid, prompting rebukes, including from foreign donors.

Diab is steering the government in a caretaker role as fractious politicians remain unable to agree on a new administration since his quit in the aftermath of the Aug. 4 Beirut port explosion leaving Lebanon rudderless as poverty soars.