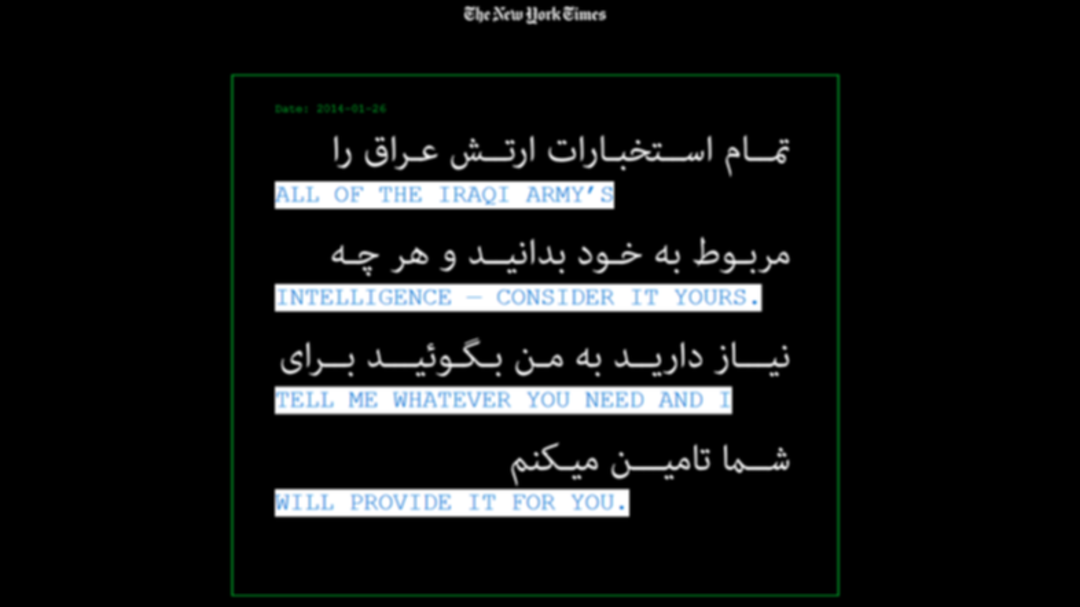 The New York Times was able to verify the leaked document, but was not able to determine the source of the leak. (Screengrab)

Iran has secret ties with numerous Iraqi political and security officials and has tried to bribe Iraqi agents working for the US to switch allegiances, according to a 700-page leaked intelligence document reported in the New York Times.

While Iran’s influence in Iraq is widely known, the document reveals how Tehran has built a vast network through forming secret relationships with Iraqi officials and bribing them with high salaries, gold coins, and other gifts.

Iran has deliberately targeted Iraqi informants who worked for the US after American troops withdrew from the country in 2011, the New York Times reported. Without jobs or a stable income, several secret agents have resorted to working for Iran, including a spy who Iran attempted to recruit from the US State Department.

The source, who Iran met with on several occasions, reportedly would be able to give Tehran “intelligence insights into the US government’s plans in Iraq, whether it is for dealing with ISIS or any other covert operations.”

The document also gave insights into how the Iranian intelligence operation works, detailing operations on the ground ranging from breaking into a German cultural institute in Baghdad to spying on American soldiers.

It acknowledged that although Iran’s network in Iraq has a range of goals including protecting Shia militias and preventing Sunni militias from infiltrating Iran, the ultimate aim is to make sure Iraq remains a “client state of Iran,” wrote the New York Times.

The New York Times was able to verify the leaked document but was not able to determine the source of the leak.