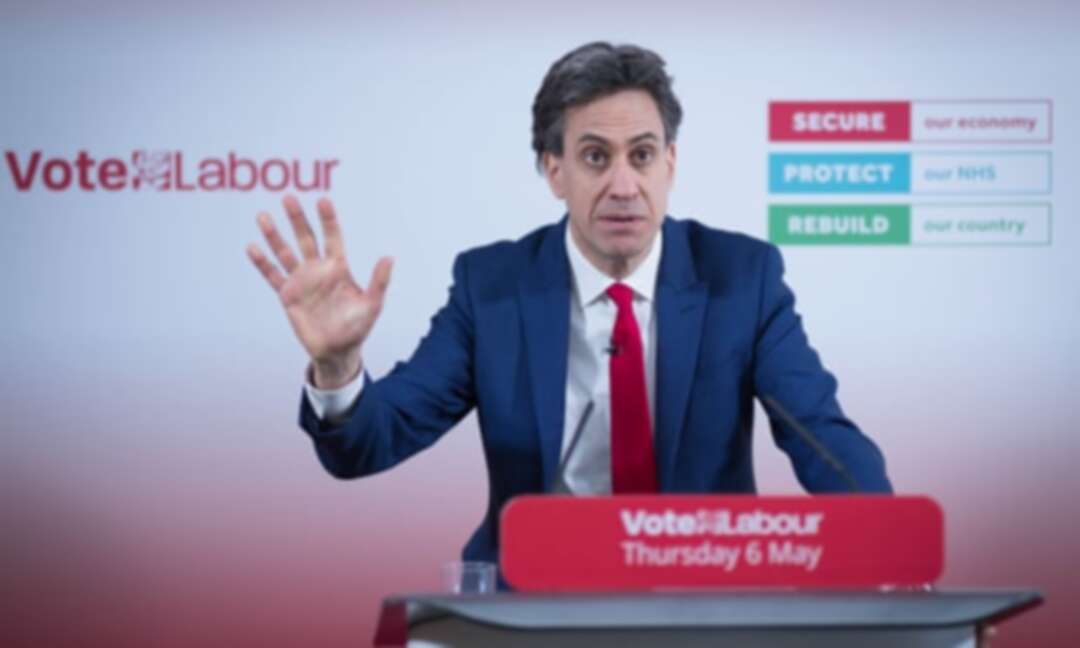 Ed Miliband, the shadow business secretary, says the UK Cop26 summit must sign up countries to immediate action that will bring down global temperatures

The UK must tell the truth about the “terrifying and exacting” scale of the challenge the world faces to avoid climate breakdown as it prepares to host a make or break summit of world leaders later this year, Ed Miliband has warned.

“A cosy consensus” between politicians, policymakers and some NGOs, focusing on long-term net zero targets rather than short-term action, could prove disastrous, he said. Instead, Boris Johnson’s government must focus on persuading countries to implement immediate far-reaching reductions in emissions and throw everything at making the conference in Glasgow in November a success, including enlisting the help of former prime ministers like Theresa May and Gordon Brown.

“We need truth-telling from the government,” Miliband, a former Labour leader who is now heading the party’s climate team, told the Guardian in an interview last week. “It is not just about net zero targets for the middle of this century, it is not just about coalition for action in various areas … and it is certainly not about Boris Johnson having a moment to have a good photo-opportunity. This is incredibly serious and incredibly hard and we have to be honest.”

Miliband is one of the most experienced climate advocates in frontline politics and was the country’s first climate change secretary of state in 2008 when the UK introduced the world’s first climate change bill. At the 2009 Copenhagen climate summit, he famously intervened at a key moment in a way that some argue, preserved the summit from complete failure. In 2010, the following year, he became the youngest ever leader of the Labour party, before being defeated in a general election by David Cameron who offered the electorate the choice between chaos with Miliband, or “stability and strong government with me”.

The summit this year is seen as a last chance to keep to the goals of the Paris agreement and also to limit temperature rises to well below 2C above pre-industrial levels, with an aspiration to stay below 1.5C within reach. It will be the UK’s most important moment on the world stage for generations, he said, warning that the latest emission figures from the UN, which make clear the world is on course for a catastrophic 3C of warming, were being ignored by too many politicians. “It is like these numbers are the embarrassing uncle we want to pretend does not exist – so let’s talk about everything else, let’s talk about 2050, let’s talk about 2060 … but we don’t have the luxury of time … The pressure, the action has got to be now.”

The UK government has been widely criticised over plans for a new coalmine and this weekend it scrapped its flagship green homes grant scheme, the centrepiece of Johnson’s promise to “build back greener”.

Miliband said: “We have a special responsibility as hosts and we are not living up to these responsibilities. I feel like it might be a key priority for the prime minister in a rhetorical sense to show he’s ‘green’. But that is not the point of this conference.”

For the remaining eight months Miliband said the focus should be on four things; telling the truth about the scale of the challenge and the need for more immediate emissions reductions; promoting a global green recovery from the Covid-19 pandemic and highlighting how it makes economic, social and environmental sense; securing hundreds of billions of pounds of support for developing nations; and a renewed diplomatic effort led by Johnson but also using other former political heavyweights and prime ministers from Gordon Brown to Theresa May.

In the Guardian last week, Alok Sharma, president of the UN Cop26 climate summit, said the focus of the summit would be to put the world on a path to reaching net zero by 2050 and urged countries to set new, tougher 2030 emissions targets. But Miliband said that, though he welcomed the mention of more immediate action, the message didn’t have “the weight, amplification and priority” it urgently needs.

“I don’t want to pretend this is easy. The numbers on the gigatonnes

“This summit has got to keep 1.5C alive … We need strong, decisive leadership and political heft to make CoP26 a success, and to tackle the climate emergency with the urgency and ambition required, and that starts at the top with Boris Johnson.”

Labour has faced criticism from some of its activists and younger party members who say the radical jobs first climate agenda set out under Jeremy Corbyn is largely missing from Keir Starmer’s leadership.

Last year Labour published plans for a green recovery and called for the creation of a “zero-carbon army of young people” planting trees, insulating buildings and working on green technologies. But critics say, overall, the party leadership has failed to champion a far-reaching green new deal in response to the pandemic.

However, Miliband attempted to reassure supporters – particularly the vast number of young people who voted Labour at the last two general elections – that a radical climate justice agenda remained the “beating heart” of the party.

Last week Miliband unveiled Labour’s plans for an “electric car revolution” in the UK, with plans to create jobs by part-financing three new battery factories, interest-free loans to make electric cars more affordable and a revamped network of charging points, although he said he did not yet own an electric car himself.

Milliband defended the Cop summits against claims they are just a talking shop. “It is a forcing mechanism … to force countries to face up collectively – with all the inadequacies we have – to the scale of the task we collectively face.”

And he said despite the daunting scale of the task he was not “fundamentally gloomy”, pointing to growing political will around the globe, particularly in the US, where he said the Biden administration, which this weekend invited 40 world leaders to a virtual summit on the climate crisis, now saw keeping temperature rises to 1.5C as a “central aim”.

“The momentum for change is now unstoppable. The question is the pace of change.”

He insisted that if the crisis is treated as a genuine emergency and urgent action follows, there was still the opportunity to create a more equal, more sustainable and better world for future generations.

“That is still available but we have got to get on with it and treat it like the emergency it is.”