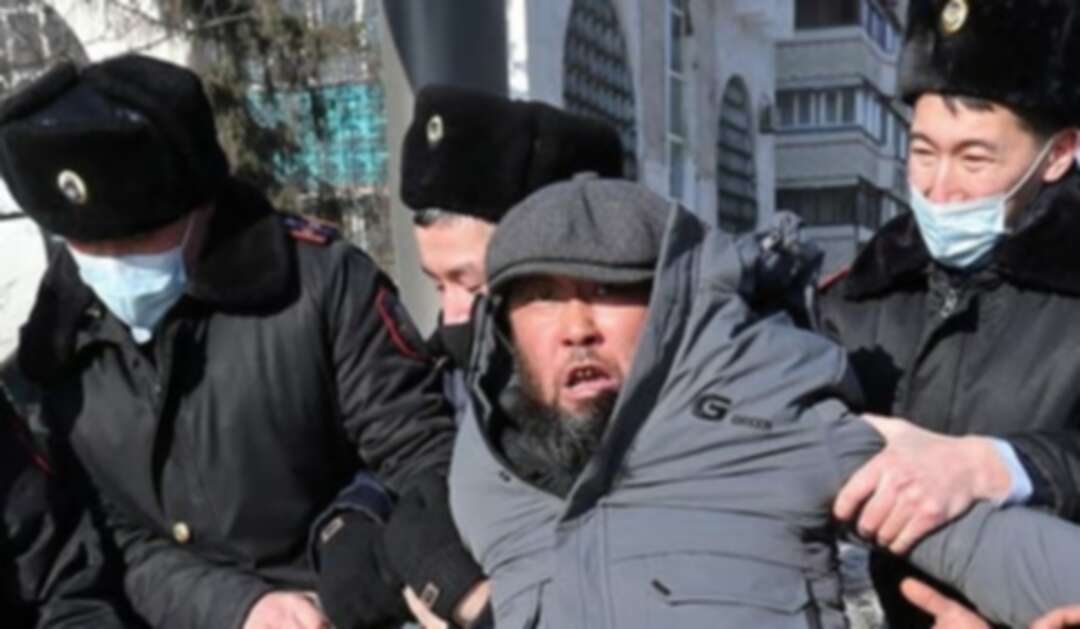 A protester is taken away by law enforcement officers during a rally held by opposition supporters on the parliamentary election day in Almaty, Kazakhstan January 10, 2021. (Reuters)

The authoritarian country in Central Asia held the vote Sunday in which no genuine opposition parties participated, even after recently-elected leader Kassym-Jomart Tokayev promised gradual reforms.

“As all political parties contesting the elections supported the policies of the ruling party, the campaign was not competitive, and voters had no genuine political alternatives to choose from,” the OSCE said in a statement.

Election officials in the ex-Soviet country confirmed Monday that the ruling Nur Otan party had won with 71 percent of the ballot.

The Organization for Security and Co-operation in Europe said recommendations from previous observer missions addressing “fundamental freedoms” had not been fully implemented.

“Curbs on the freedom of association, of assembly and of expression had a negative impact on campaign activities, which remained low key in the run-up to election day,” the statement added.

Dozens of anti-government activists were detained after polls opened Sunday despite Tokayev pledging that police would treat protesters “within the framework of the law”.

Tokayev, 67, has pledged to carry out reforms after being ushered into the presidency by former leader Nursultan Nazarbayev, who called time on nearly three decades in the role in early 2019.

Self-styled opposition group, the National Social Democratic Party, boycotted Sunday’s vote in protest, having missed out on the legislature every time after competing in the last three parliamentary votes.

Policeman shot, dozens wounded in protests in Iraq’s Nasiriyah Coronavirus: Pope unsure if March trip to Iraq can take place because of COVID-19