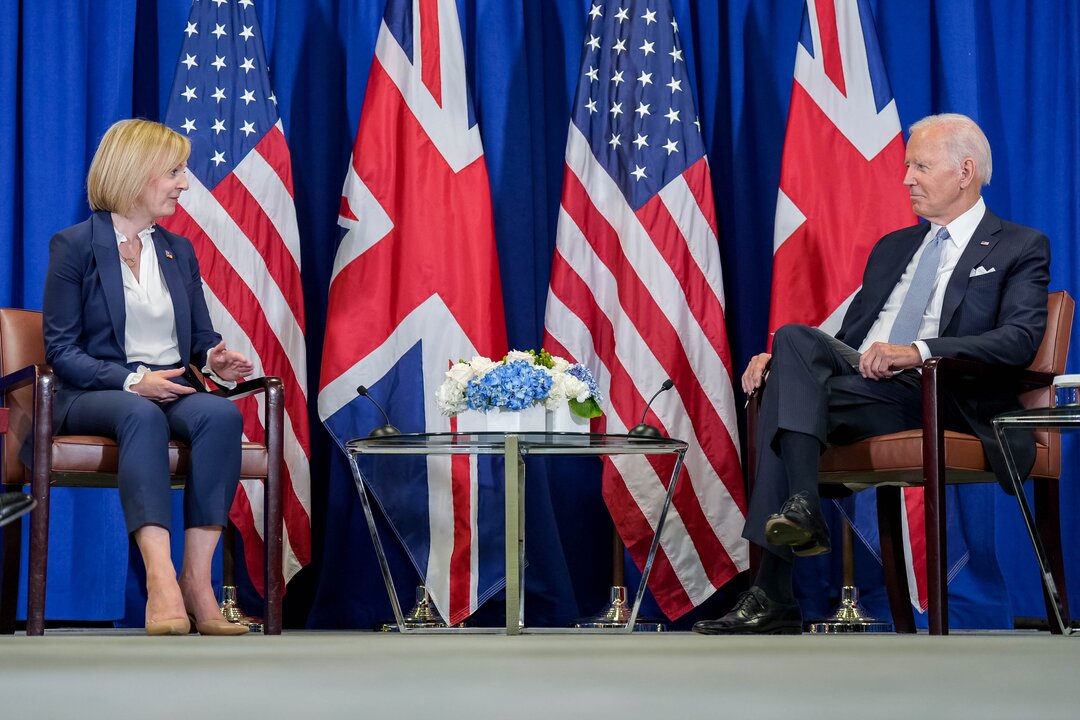 Today (Wednesday Sep 21) I sat down with United Kingdom Prime Minister Liz Truss. We spoke about the life of Her Majesty Queen Elizabeth II and a range of shared challenges including Russia’s war in Ukraine, challenges posed by China, and securing sustainable and affordable energy supplies - US President Joe Biden's official Twitter account

Speaking ahead of their meeting, Biden said the US and UK "are committed to protecting the rules of the Good Friday Agreement," referring to the pact that ended decades of strife in North Ireland. Biden said he is "looking forward" to hearing Truss's perspective on the matter.

"I'm looking forward to discussing the Belfast Good Friday Agreement, and how we make sure that's upheld into the future," said Truss.

Prior to assuming her position as the UK's leader, Truss voiced support for re-writing parts of what is known as the Northern Ireland Protocol to appease the north's pro-British Unionists. The protocol is the post-Brexit trade pact the UK struck with the EU to ensure a hard border is not restored between the Republic of Ireland and the North.

The open border was a foundational result of the US-brokered Good Friday Agreement, and its end could lead to renewed widespread violence in the North. Under the protocol, goods that travel from Ireland into the North are not forced to submit to inspection but those that travel from the UK into Northern Ireland are checked.

In May, while serving as foreign secretary, Truss said the UK would pursue legislation to rewrite the protocol, prompting rebukes from the US and EU.

On Truss' second day in office, the White House issued the premier a warning not to proceed with the controversial action.