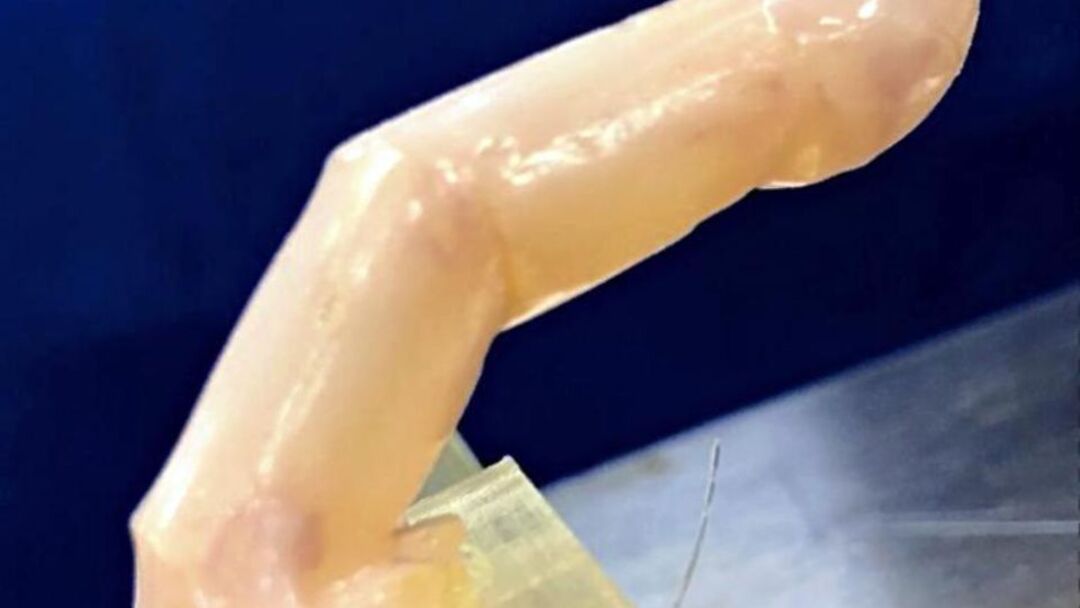 A robot finger covered with skin made from living cells Courtesy of the University of Tokyo - Pic. Asianews

The Asia news reported that robotic finger covered with artificial skin tissue cultured from living cells has been successfully developed by a group of scientists led by Shoji Takeuchi, a University of Tokyo professor in machine engineering.

It said that the skin can be regenerated if damaged. It is likely to lead to the development of robots whose skin has a similar texture to that of humans.

It mentioned that the robot finger is about 1 centimeter in diameter and about 5 centimeters long. Its surface is covered with cells cultured from human skin.

The scientists devised the culture method to produce two different parts that form the skin: the epidermis for the surface and the dermis beneath it.

The cultured skin is 1.5 millimeters thick. It is strong enough that it won’t break even if the finger inside is bent or stretched at any of its three joints. If the surface is cut or damaged, the skin can repair itself by having a collagen sheet stuck to it and being immersed in culture solution.

The skin is not for long-term use for the time being because it has no blood vessels to supply it with nutrition.

Most of the time, Japanese robot can peel bananas cleanly

Takeuchi said: “We’d like to upgrade it by adding nerves and blood vessels in the future.”

“It is an important step to build a robot that looks and feels like a human. Maybe it can even break through the problems posed by silicon rubber and other materials that have been applied in such projects,” he added.