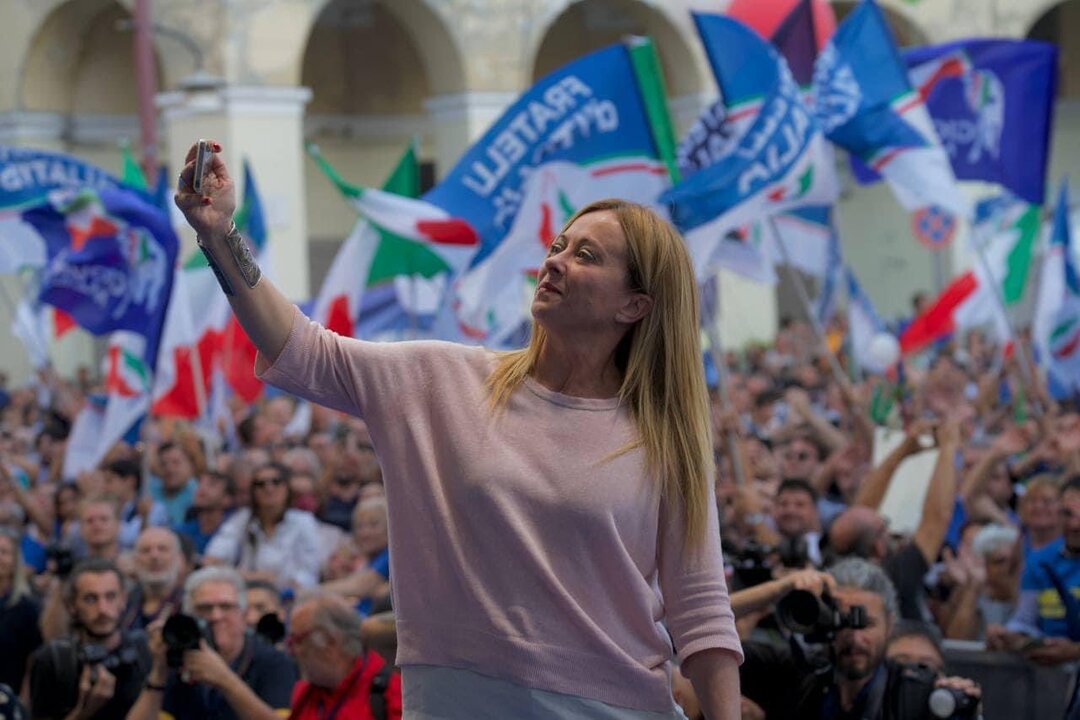 Far-right leader Giorgia Meloni, set to become Italy's new prime minister next month, said on Friday (Sep 30) that Russia's annexation of four Ukrainian regions has "no legal and political value," according to the Anadolu Agency.

In a statement, Meloni said Russian President Vladimir Putin "once again demonstrates his Soviet-style, neo-imperialist vision that threatens the security of the entire European continent."

Meloni said the "sham referendums held during a violent military occupation have no legal or political value" and called for a firm and unified response from Western countries in reaction to Moscow's moves.

British Foreign Secretary James Cleverly said in a statement that Russian Ambassador to London Andrey Kelin was summoned to protest the decision.

The UK also “bans the export of nearly 700 goods that are crucial to Russia’s industrial and technological capabilities.”

“I have summoned the Russian Ambassador, Andrey Kelin, to protest in the strongest terms against Putin’s announcement of the illegal annexation of sovereign Ukrainian territory,” Cleverly wrote on Twitter.

“The UK utterly condemns Putin’s announcement of the illegal annexation of Ukrainian territory,” he said in a statement.

“We will never recognise the results of these sham referendums or any annexation of Ukrainian territory,” he added.

The Russian regime, Cleverly said, “must be held to account for this abhorrent violation of international law.”

He pledged that the UK will do everything possible to help Ukrainians’ fight for freedom.

Russia earlier on Friday declared the annexation of four Ukrainian regions – Donetsk, Luhansk, Zaporizhzhia and Kherson – after what it called free referendums in the areas on joining Russia on Sept. 23-28.

The international community has condemned the referendums as illegal and most European countries, including Italy, have refused to recognize their outcome.