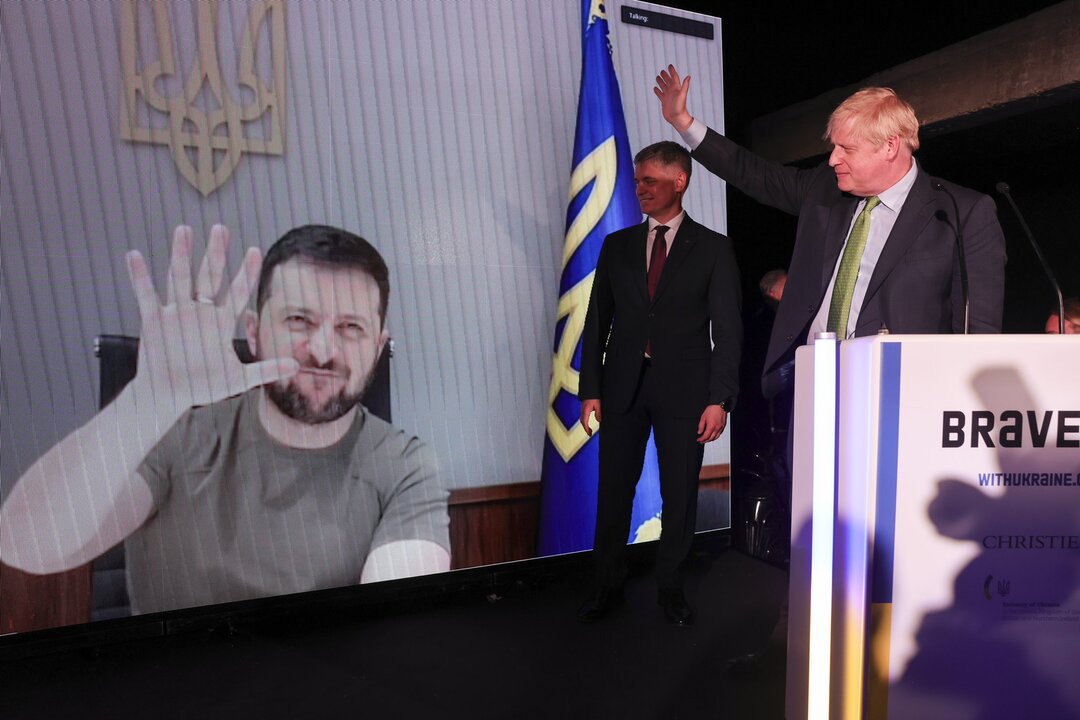 Our support for Ukraine is unwavering, and we must do everything we can to help Ukraine defend itself and ease the burden of suffering on innocent Ukrainians. (PM Boris Johnson Twitter account)

Italian media reported on Friday (May 27), British Prime Minister Boris Johnson is trying to create a new bloc of European nations that would bring together Ukraine, much of Eastern Europe, and Turkey at a later stage.

The daily Corriere della Sera called the idea a "European Commonwealth" and described it as "a new system of political, economic and military alliances - alternative to the European Union."

The report suggested, the countries in the new bloc would be united by their "diffidence towards Brussels" and criticism of Germany's excessively timid response to the Russian aggression in Ukraine.

It noted that Boris Johnson first floated the idea to Ukrainian President Volodymyr Zelensky when he traveled to the Ukrainian capital on April 9, and his government has since then lobbied Kyiv hard over the proposal.

It also said that Britain would be the leader of the new eurosceptic and anti-Russian alliance, which would extend to Ukraine, Poland, Estonia, Latvia, and Lithuania, as well as Turkey "potentially, at a later stage."

Corriere's report was written by one of its correspondents at the World Economic Forum in Davos, based on anonymous sources who are "aware of the talks" and are taking part in the high-level meeting in Switzerland.