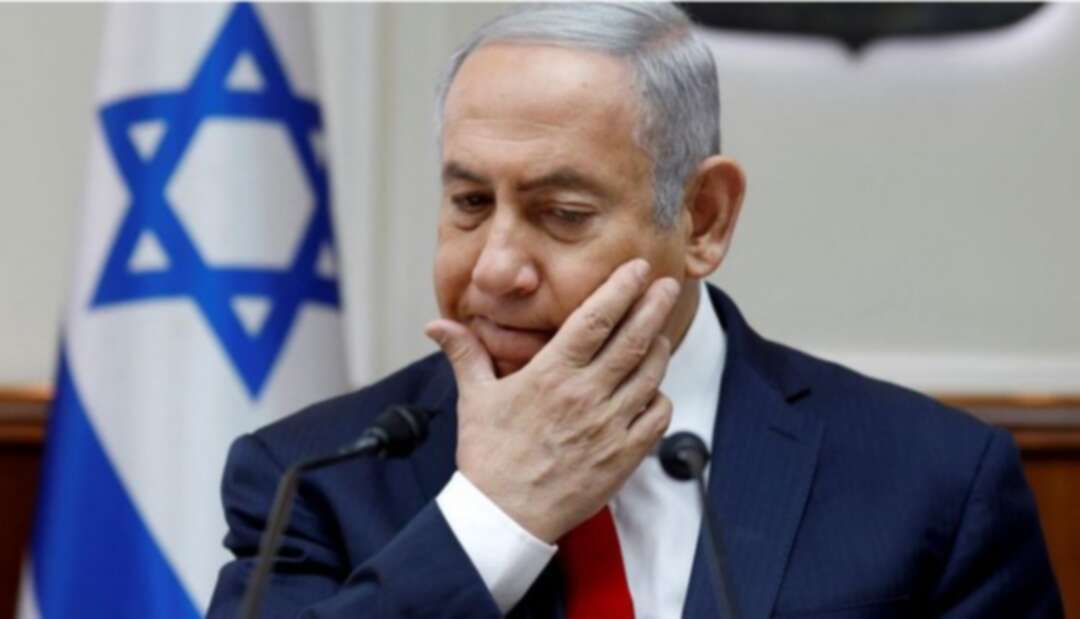 Israel's longest-serving premier, who faces a corruption indictment as well as a third general election in 12 months, was expected to beat rival Gideon Saar in the leadership primary.

But the convincing margin of victory -- by 72.5 to 27.5 percent -- strengthens his position in the party he has dominated for 20 years.

Netanyahu, 70, called it a "huge win" and pledged to emerge victorious in the March 2 general election.

"Now is the time to unite and bring a tremendous victory for the Likud and the right in the election," Netanyahu told a press conference.

"Most of the people support the right and support me to lead the government."

In what appeared to be a general election campaign speech, Netanyahu did not mention the defeated Saar once.

He thanked US President Donald Trump, a close ally, for his support for Israel and said a Likud victory in the next election would bring more "historic achievements."

Likud and the centrist Blue and White party were deadlocked after elections in both April and September, with neither able to command a parliamentary majority under Israel's system of proportional representation.

Last month, Israel's attorney general indicted the prime minister for fraud, bribery and breach of trust over a series of corruption allegations he denies.

He said Netanyahu's victory showed Likud members had "elected a leader facing three indictments, who is seeking to unravel the rule of law and secure personal immunity".

"These elections demand that we place a mirror in front of 'the Netanyahu party' and make the choice for unity, dignity and internal reconciliation."

"Netanyahu is going for a third shot, hoping the next election will prove more successful," he told AFP.

"This strengthens his position within the right wing who saw he is still able to achieve victories but it doesn't fundamentally change the arithmetic for the next election."

Early polls indicate that the March 2020 election could again result in stalemate.

Saar, a former minister seen as to the right of Netanyahu, announced his primary challenge shortly after the premier's indictment.

Around 57,000 Likud members voted on Thursday -- a little less than 50 percent of those eligible.

Most media commentators had predicted a Netanyahu victory but its scale made headlines, with state radio describing it as a "landslide" victory.

The defeated challenger pledged to support Netanyahu in the coming campaign.

"I am content with my decision to have stood. Those who are unwilling to take a risk for what they believe in will never succeed," Saar tweeted.

Stephan Miller, a pollster who has worked on multiple Israeli elections, said Netanyahu had campaigned harder than ever before to defeat Saar.

The premier held several campaign events a day in different parts of the country, while on Thursday his Facebook page broadcast live video of him phoning supporters.

In the campaign's most dramatic moment on Wednesday, Netanyahu was rushed off stage at a rally in the southern port of Ashkelon after a rocket was fired from the nearby Palestinian enclave of Gaza.

"His job was on the line and he fought to keep it successfully," Miller said.

In the short term, attention will now turn to Netanyahu's legal woes.

On Tuesday, the supreme court is expected to hold a hearing on whether a prime minister who has been indicted can form a government.

Under current understanding of the law, a prime minister is only forced to step down once convicted and with all avenues of appeal exhausted.

Netanyahu also has until January 1 to decide if he will ask parliament for immunity.