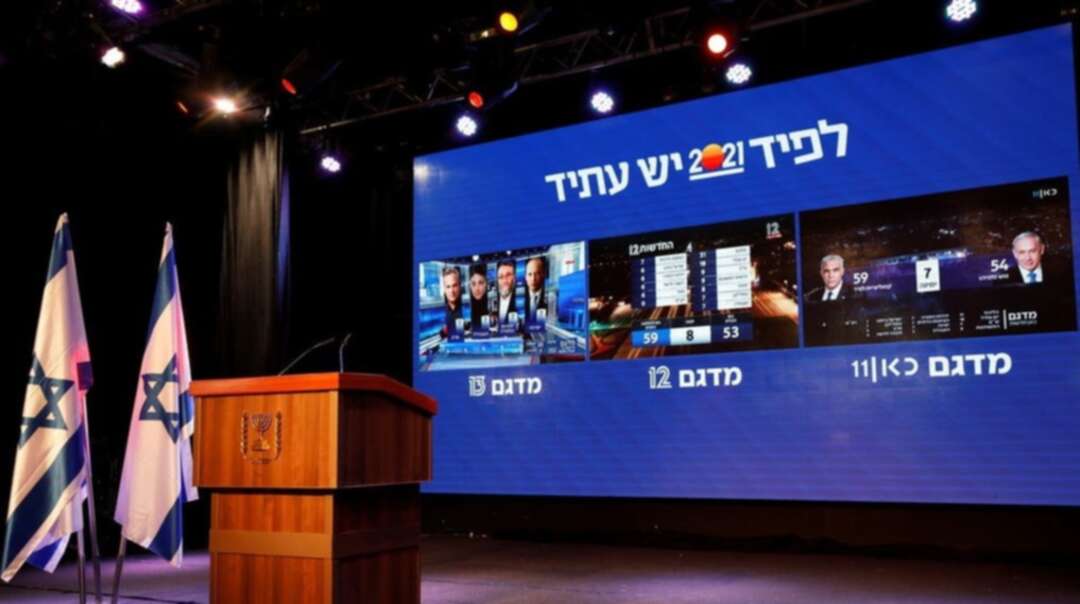 The results of the exit polls in Israel's general election are shown on a screens at Yair Lapid's Yesh Atid party headquarters in Tel Aviv, Israel March 23, 2021. (Reuters)

Israel’s election on Tuesday was too close to call, according to TV exit polls, with both Prime Minister Benjamin Netanyahu and his opponents falling short of a governing majority in parliament.

Naftali Bennett, a former defense minister who heads the ultranationalist Yamina party emerged as a potential kingmaker. He has not committed publicly to joining either a Netanyahu-led parliamentary bloc or one comprising the premier’s opponents.

Not even a world-beating COVID-19 vaccination could push Israel’s longest-serving leader into a clear majority, according to the exit polls after voting ended in the country’s fourth election in two years.

Netanyahu, 71, had campaigned on his leadership credentials based on a program that has seen nearly 50 percent of Israelis receiving two vaccine shots already. Corruption charges against him, in an ongoing trial, have weighed on his popularity. He has denied any wrongdoing.