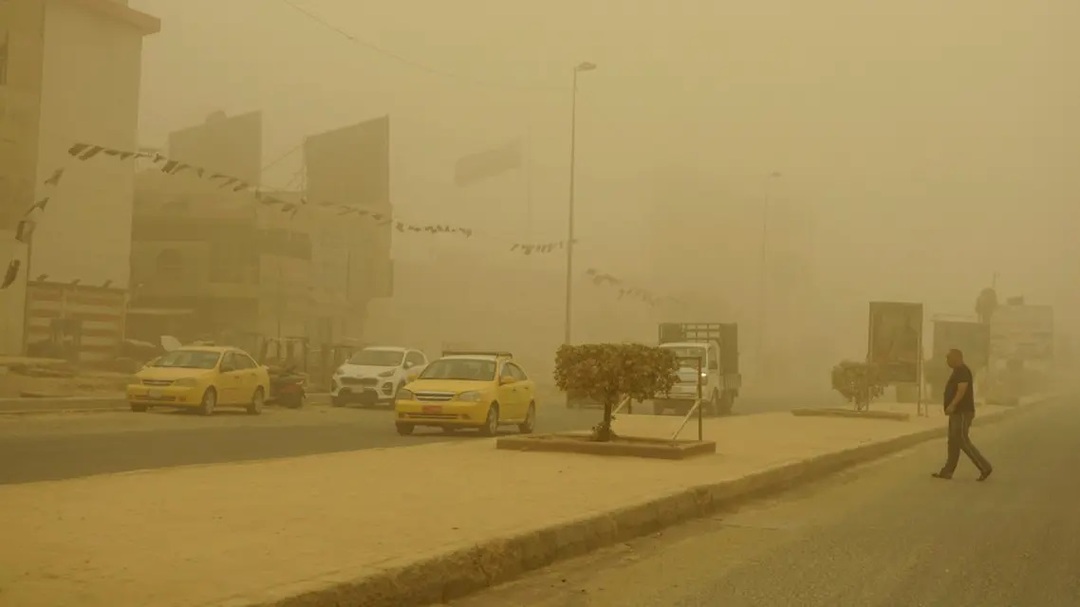 A man crosses a main road during a Spring sandstorm in the Iraqi capital Baghdad on May 5, 2022. (AFP)

The Alarabyia English reported, citing the AFP, Iraqi state media said that more than 1,000 Iraqis were rushed to hospital with respiratory ailments on Thursday (May 5) due to a sandstorm, the seventh to hit the country in the past month.

Residents of six of Iraq’s 18 provinces, including Baghdad and the vast western region of al-Anbar, awoke once again to a thick cloud of dust blanketing the sky.

Anas Qais, a health official cited by INA, said that hospitals in al-Anbar province had received more than 700 patients with breathing difficulties.

Iraq is particularly vulnerable to climate change, having already witnessed record low rainfall and high temperatures in the past few years.

Experts have said these factors threaten to bring social and economic disaster in the war-scarred country.

In November, the World Bank warned Iraq could suffer a 20-percent drop in water resources by 2050 due to climate change.

In early April, a government official warned Iraq could face “272 days of dust” a year in coming decades.

The environment ministry said the weather phenomenon could be addressed by “increasing vegetation cover and creating forests that act as windbreaks.”