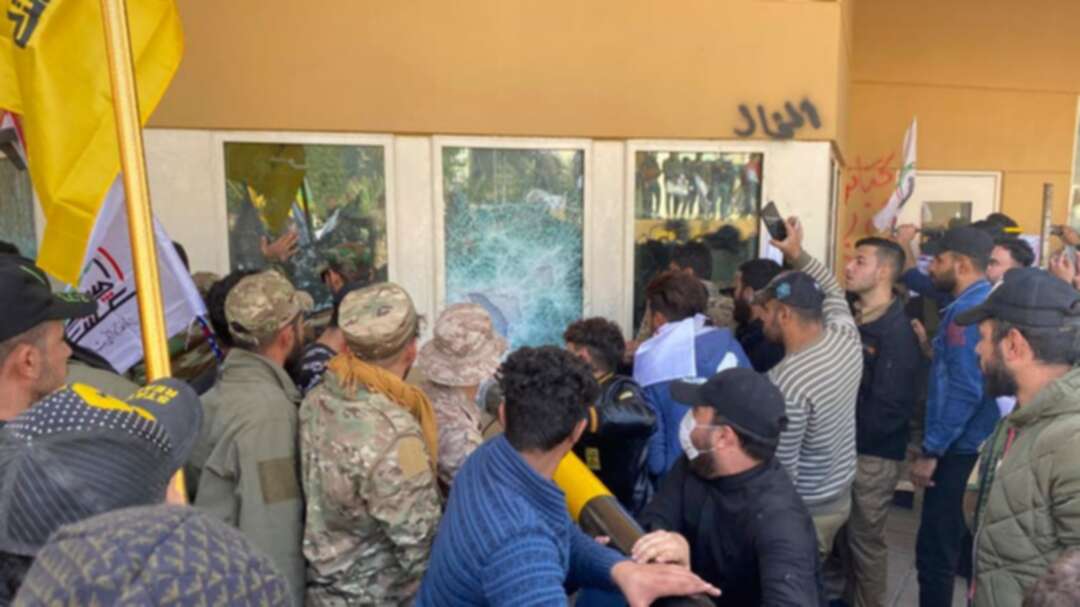 Protesters smash a window inside the US embassy compound in Baghdad on Dec. 31, 2019. (Photo AP)

Iraq’s caretaker premier Adil Abdul Mahdi said Tuesday that crowds that had stormed the US embassy in anger at deadly US air strikes should leave the compound “immediately.”

Demonstrators had breached the embassy walls in protest at the Sunday strikes that killed at least 25 fighters from a hardline pro-Iran faction known as Kataeb Hezbollah.

“We recall that any aggression or harassment of foreign embassies will be firmly prohibited by the security forces,” Abdel Mahdi’s office said several hours after the attack began.