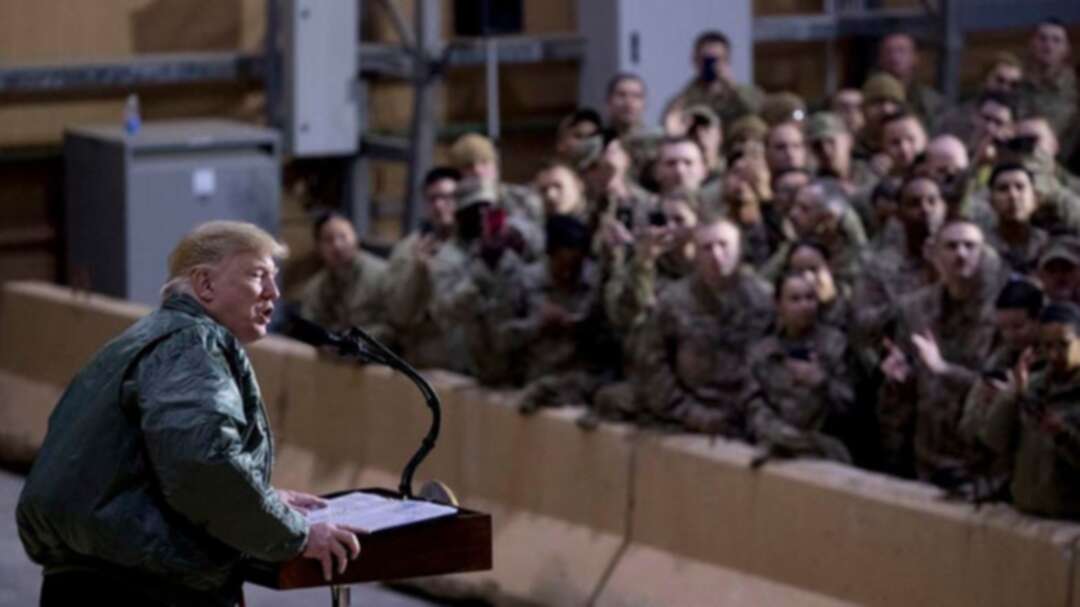 The remarks come two days after Iraq's president met with US President Donald Trump at the UN. (File photo AP)

Iran’s ambassador to Iraq said on Friday that his country will not hesitate to attack US forces in Iraq and “anywhere else,” in the case of an American attack on his country.

“If the US attacked Iran, we will respond strongly and bombard the American presence in Iraq or anywhere else,” Ambassador Iraj Mesjedi said in an interview with Iraq-based Dihlah television, according to Baghdad Today news.

Mesjedi also accused the US of intervening in Iraq’s internal affairs and the Middle East.

Spokesman for Iraq’s Ministry of Defense Major General Tahsin al-Khafaji said that Iraq rejects the threats made by Iran or America, stressing that “Iraqi territory is a red line and we will not allow its use against anyone.”

The threat comes two days after Iraqi President Barham Salih appealed to the international community, including the US, to intervene in stabilizing recent tensions in the region.

Salih said that aggressive behavior targeting security in the Arabian Gulf is dangerous not only for the region, but the world, in an address to the UN General Assembly on Wednesday.

“Targeting the security of the Gulf and the sisterly Kingdom of Saudi Arabia is a dangerous development,” said Salih, referencing recent attacks on oil facilities in Saudi Arabia that the US has blamed on Iran.

Salih met with US President Donald Trump on the sidelines of the UNGA to discuss partnership between the two countries on security and other issues.

US envoy to Syria: Assad’s regime used chemical weapons in attacks in Syria PM Johnson says he will obey the law, confident of Brexit deal