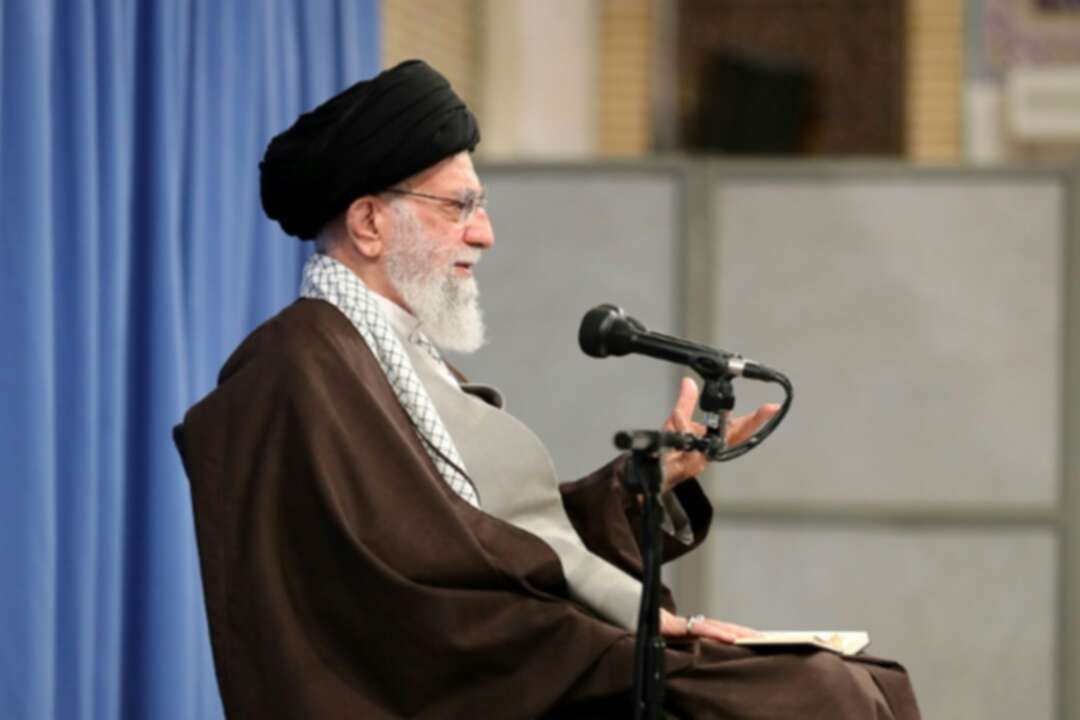 Iran's supreme leader on Sunday threw his support behind a decision to hike petrol prices, a move that sparked nationwide unrest in which he said "some lost their lives".

Ayatollah Ali Khamenei blamed "hooligans" for damaging property and said "all the centres of the world's wickedness against us have cheered" the street protests.

Several people were wounded and dozens arrested in two days of demonstrations that saw motorists block highways and others attack public property in cities across the Islamic republic.

In a speech aired on state television, Khamenei said "some lost their lives and some centres were damaged" in the unrest.

The protests flared hours after it was announced in the early hours of Friday that the price of petrol would be raised by 50 percent for the first 60 litres (16 gallons) and by 300 percent for anything above that each month.

The scheme was agreed by the High Council of Economic Coordination made up of the president, parliament speaker and judiciary chief.

Khamenei said that "I am not an expert and there are different opinions but I had said that if the heads of the three branches make a decision I will support it.

"The heads of the branches made a decision with the backing of expert opinion and naturally it must be implemented," he said.

"Some people would definitely get upset over this decision... but damaging and setting fire (to property) is not something (normal) people would do. It is hooligans."

Khamenei also pointed at regime opponents abroad in what he called "the centres of the world's wickedness".

These included the Pahlavi royal family ousted in the 1979 Islamic Revolution and the People's Mujahedeen of Iran (MEK) group, which Iran considers a "terrorist" cult.

"What I am asking is that no one help these criminals," Khamenei said, calling on people to distance themselves from those stoking the street protests.

Some of the worst violence occurred in the central city of Sirjan, whose acting governor Mahmoudabadi said a civilian was killed.

He said some people had "destroyed public property, damaged fuel stations and also wanted to access the oil company's main fuel depots and set fire to them".

In Tehran on Saturday, protesters were seen blocking a road while elsewhere in the capital demonstrators gathered around a burning vehicle.

Similar scenes were witnessed in the central cities of Shiraz and Isfahan.

Forty "disruptors" were arrested in the central city of Yazd after clashing with police, the province's public prosecutor Mohammad Hadadzadeh told ISNA on Sunday.

Most of them were non-locals who had joined the protests with "ill-intent," he added.

Police spokesman Ahmad Nourian warned that security forces "will not hesitate to confront those disrupting peace and security and will identify the ringleaders and field forces and confront them".

He called on people to denounce "the opportunists and mercenaries" and help police keep the peace, in remarks quoted by ISNA.

The intelligence ministry said those behind the unrest had been identified.

"The main elements of the past two days' riots have been identified and proper measures are being taken, the results of which will be reported to the public," it said, quoted by ISNA.

Access to the internet has been restricted since the demonstrations broke out.

Netblocks, an internet monitoring website, said late Saturday the country was in the grip of a shutdown.

"Confirmed: Iran is now in the midst of a near-total national internet shutdown; realtime network data show connectivity at 7% of ordinary levels after twelve hours of progressive network disconnections," it said on Twitter.

It came after a decision by the Supreme National Security Council of Iran, according to a report by ISNA on Sunday.

"Upon the decision of the Security Council of Iran and communicated to internet operators, access to internet has been limited as of last night and for 24 hours," it quoted what it called an informed source at the information and communications technology ministry as saying.

Iran's economy has been battered since May last year when President Donald Trump unilaterally withdrew the US from a 2015 nuclear agreement and reimposed crippling sanctions.

The rial has plummeted, inflation is running at more than 40 percent and the International Monetary Fund expects Iran's economy to contract by 9.5 percent this year and stagnate in 2020.