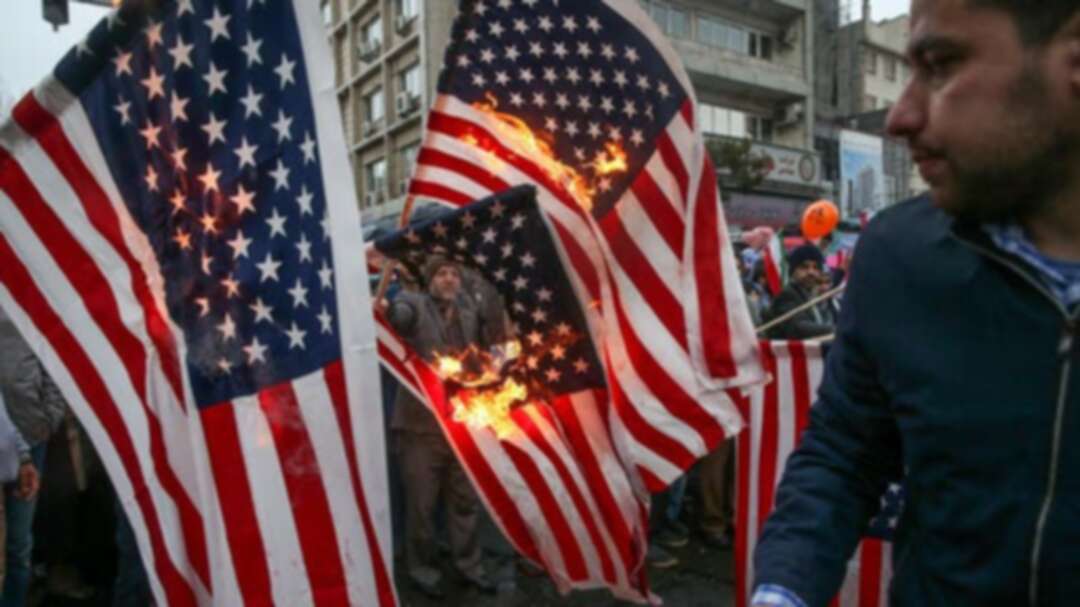 A file photo of American flags being burnt in Iran. (File photo Reuters)

The Iranian regime has been blaming the US and its allies, particularly Israel, for the country’s coronavirus crisis, according to evidence presented in a report from IranWire written by Shaya Lerner and David Andrew Weinberg. Iran

As of Sunday, 3,603 in Iran have died from coronavirus, and there are 58,226 confirmed cases. The Iranian regime has been accused of mishandling its response to the coronavirus outbreak in the country, including deliberately covering up details of the outbreak to maximize turnout in parliamentary elections.

The Islamic Republic’s highest authority Supreme Leader Ayatollah Ali Khamenei had initially said that the coronavirus outbreak is “not that big of a deal.” However, as the outbreak has worsened in the country, high-ranking officials regime officials have since shifted their narrative to blame the US and Israel.

The latest IranWire report highlights the Iranian regime’s various attempts to divert the blame for the outbreak of COVID-19 to the US or Israel.

On March 22, Khamenei said in a speech that Iran will not accept any US aid against coronavirus given it is “accused of producing the virus.”

Khamenei also spoke of “demons” conspiring against Iran on live TV. This part of his speech was omitted from state news agencies.

Khamenei’s website hosted mid-ranking cleric Ahmad Abedi a few days after the speech to elaborate on what the Supreme Leader meant.

“There is no doubt that the Jews, especially the Zionists, are very much after such supernatural affairs, and are after demon and devil related affairs. Even their spy agencies, like the Mossad, are involved. There is plenty of evidence,” said Abedi as quoted in IranWire.

Abdul-Malik al-Houthi, the leader of the Iranian-backed Houthi militias in Yemen, accused the US and Israel of being behind the coronavirus outbreak “for-profit” on the same day as Khamenei’s speech.

“It is possible that the Zionist lobby spread a pandemic and created a vaccine for treatment in exchange for immense profit,” the Houthi leader said.

“Some American companies are known to have created a pandemic after preparing a vaccine for it to sell it in very large amounts,” he added.

The IranWire report also suggested that “the regime’s propaganda” had spread the “baseless allegation” that coronavirus was the result of a biological attack against Iran.

Hossein Salami, the head of the Islamic Revolutionary Guard Corps (IRGC), said in early March that the outbreak may be due to a US “biological attack” on Iran.

Iranian state news agencies and media outlets have also been running dozens of pieces suggesting the US and the “Zionists” are behind the coronavirus outbreak.

At the same time, however, the same media outlets have enthusiastically reported about the impact of the coronavirus pandemic on the Israeli economy and the number of coronavirus cases in the country. levant