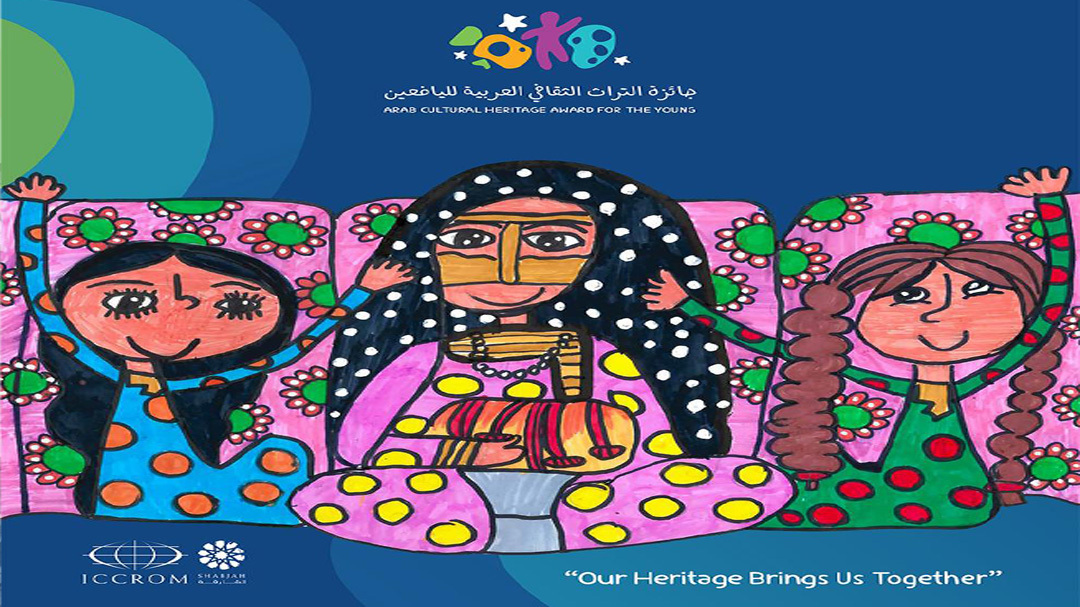 Under the patronage of His Highness Sheikh Dr. Sultan bin Muhammad Al Qasimi, Supreme Council Member and Ruler of Sharjah, the Regional Office for the Conservation of Cultural Heritage in the Arab States (ICCROM - Sharjah) is organizing a special ceremony to announce the winning projects of the third cycle of the ICCROM-Sharjah Award for Good Practices in Cultural Heritage Conservation and Management in the Arab Region (2021-2022), and the second cycle of the Arab Cultural Heritage Award for the Young. The event will be organized over two days during the period from 1 to 2 June 2022 in the Emirate of Sharjah, United Arab Emirates.​

The first day of the ceremony will include four consecutive sessions to review the 15 projects that were previously selected by the independent jury of the award. During the sessions, representatives of the shortlisted projects will present all the details and good practices of their respective projects before the jury and a group of experts, academics, researchers, and specialists in the field of cultural heritage preservation in the Arab region and the world. The aim is to compete for winning this prestigious award within its two main categories: Buildings and Heritage Sites, and Collections in Cultural Institutions such as museums and archives. 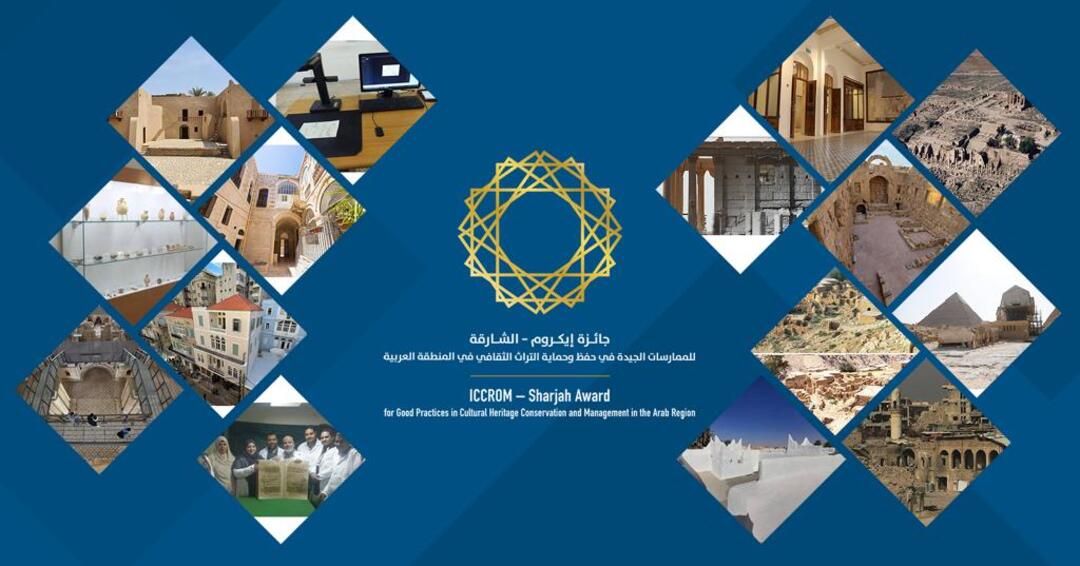 At the end of the day, the jury, which includes seven distinguished Arab and international experts, will hold a final meeting to review the details of each project and select the winning projects based on their quality of practices in conserving and managing cultural heritage, in terms of technical skills employed and the project’s social and economic impacts on local communities. The winners of the third cycle of the ICCROM-Sharjah Award for Good Practices in Cultural Heritage Conservation and Management in the Arab Region (2021-2022), and the second cycle of the Arab Cultural Heritage Award for the Young, will be announced at 9:00 am on Thursday, 2 June 2022, at the House of Wisdom in Sharjah.

"It cannot be reiterated enough how heritage has the power to enhance the wellbeing of surrounding communities," said Dr. Webber Ndoro, ICCROM's Director-General. "The dedication and professionalism of those who carried out these outstanding works speak to this belief. Their commitment to conserving heritage for the benefit of society is to be celebrated, and so I offer my heartfelt congratulations to those who made the shortlist.”

The shortlist of projects nominated for the award includes the following in the category of archaeological sites: sheltering and protecting Hicham's Palace’s mosaic floor, Palestine; Collart-Palmyre: a comprehensive project on the Baalsahamîn temple in Palmyra, Syria; and the conservation of the 2nd century Temple of Artemis at Jerash, Jordan.

In the category of historic areas, the shortlist included the rehabilitation and restoration of residential courtyards and historical buildings in the vicinity of Al-Aqsa Mosque in the Old City of Jerusalem, Palestine; the restoration and revitalization of Al Qurna Village of Hasan Fathi, Egypt; and Beirut Assist Cultural Heritage (BACH), a project to recover the affected area following the 2020 blast in the Port of Beirut, Lebanon.

Finally, in the category of collections in cultural institutions the shortlist included the transportation of the Khufu's first boat to the Grand Egyptian Museum in Cairo, Egypt; the documentation, archiving, preservation and restoration of the historical maps of Al Azhar Library in Cairo, Egypt; the revitalization and conservation of the cultural heritage of Al Qarara Village in Gaza, Palestine; and the digital documentation of historical documents in Jerusalem, Palestine.

“In light of the critical circumstances experienced by the Arab region and the successive dangers threatening cultural heritage in all its forms, the importance of this award lies in honoring the most important and best projects and practices aimed at preserving cultural heritage in the Arab region, and introducing them to be good examples for replication in other regions of the Arab world”, said Dr. Zaki Aslan, Director of ICCROM-Sharjah. “The award was launched a few years ago by the ICCROM-Sharjah office under the gracious support of His Highness Sheikh Dr. Sultan bin Muhammad Al Qasimi, Member of the Supreme Council, Ruler of Sharjah”, he added.

“The same approach applies to the Arab Cultural Heritage Award for the Young, which was launched by the ICCROM-Sharjah in cooperation with the National Committees for UNESCO in the Arab region. The award focuses on four main categories, namely drawing, folkloric dance, awareness film, and photography. Through the development of creativity in the fields of art, ICCROM Sharjah seeks to raise awareness about the importance of preserving cultural heritage,
in all its forms, at the level of young people at schools and the younger generations in the Arab region”, Dr. Aslan concluded.