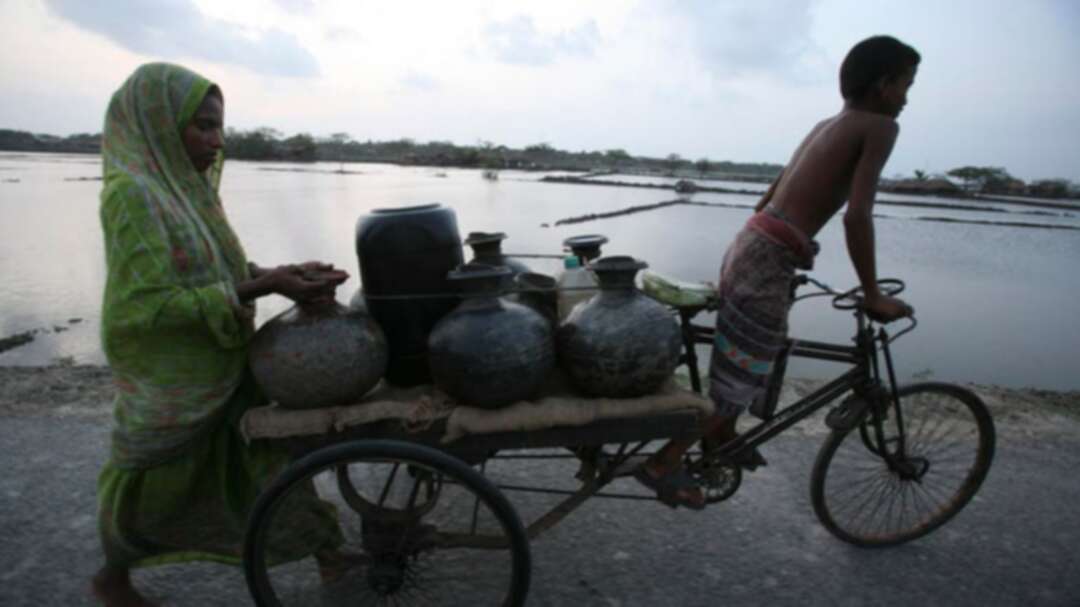 Up to 1.8 million were expected to be evacuated by Saturday evening ahead of Cyclone Bulbul in Bangladesh. (File photo AP)

A strong cyclone made landfall early Sunday in Bangladesh, where hundreds of thousands of people have moved to shelters across the low-lying delta nation’s vast coastal region.

Up to 1.8 million were expected to be evacuated by Saturday evening ahead of Cyclone Bulbul, said Enamur Rahman, Bangladesh’s junior disaster management minister. More than 5,000 shelters had been prepared by Saturday morning.

The cyclone was packing winds of up to 120 kilometers (75 miles) per hour and gusts of up to 130 kph (80 mph), but was forecast to weaken after crossing the coast. It slammed ashore near Sagar Island and its path included the southwestern Khulna region, which has the world’s largest mangrove forest, the Sundarbans, which straddles the Bangladesh-India border.

The weather office said coastal districts were likely to be inundated by storm surges of 1½-2 meters (5-7 feet) above normal tide because of the impact of the cyclone.

Several ships from Bangladesh’s navy and coast guard were kept ready in parts of the region for an emergency response, the TV station Independent reported.

The storm is also expected to impact parts of northeastern India, where precautions were also being taken.

According to US-based AccuWeather Inc., Bulbul strengthened from a deep depression into a tropical cyclone on Thursday morning, and by Friday afternoon had strengthened into a severe cyclone. Bulbul was the equivalent of a Category 1 or 2 hurricane in the Atlantic, it said.

On Saturday, volunteers used loudspeakers to ask people to move to shelters in Chittagong and other regions, according to the Disaster Management Ministry. In the Cox’s Bazar coastal district, tourists were alerted to stay in their hotels, while a few hundred visitors were stuck on Saint Martins Island.

Authorities suspended all activities in the country’s main seaports, including in Chittagong, which handles almost 80 percent of Bangladesh’s exports and imports. All vessels and fishing boats were told to stop operating.

Local authorities ordered school buildings and mosques to be used as shelters in addition to dedicated cyclone shelters - raised concrete buildings that have been built over the past decades.

Bangladesh, a nation of 160 million people, has a history of violent cyclones. But disaster preparedness programs in recent decades have upgraded the country’s capacity to deal with natural disasters, resulting in fewer casualties.