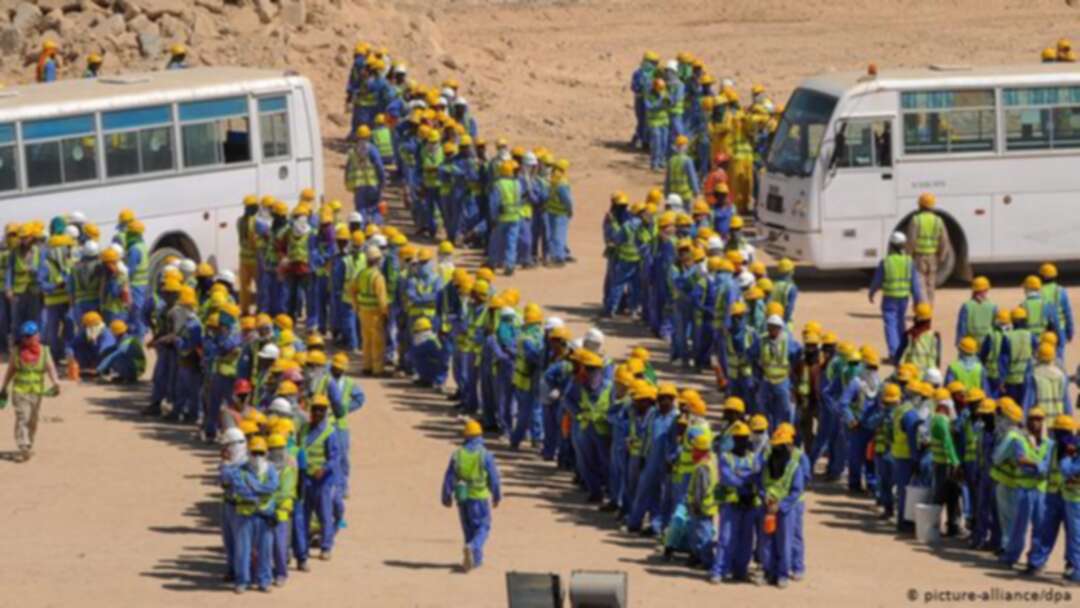 Human Rights Watch stated that Qatar announced on January 16, 2020, that most migrant workers who were previously prevented from leaving the country without the permission of their employer, including domestic workers, would no longer require an exit permit. While this is an important step forward, the kafala system, which facilitates the abuse and exploitation of migrant workers, remains in place.

According to the organization, a law issued in September 2018 abolished the requirement of an exit permit for most migrant workers. But the law excluded people not covered by the labor law, including government employees, workers in the oil and gas sector, at sea and in territorial waters, in agriculture, in private offices, and domestic workers.

The new ministerial decision gives most of these excluded workers the right to leave the country without prior permission, except for those working in the army. However, employers can apply for exemptions for a few workers, and home workers must give employers a leave notice at least 72 hours before.

Rothna Begum, senior researcher for the Women's Rights Division at Human Rights Watch, said: “Qatar has taken an important step to eliminate a tool of control that employers sometimes used to exploit workers and keep them in abusive conditions. However, the authorities must ensure that no worker is required to obtain a permit from the employer to exercise their right to leave the country”.

She added that it is disappointing that both Law No. 13 of 2018 and the new Ministerial Resolution No. 95 of 2019 maintain the exit permit requirement for some employees. Employers can apply to the authorities to compel up to 5% of foreign employees to obtain prior approval because of the nature of their work. Although this classification does not apply to domestic workers, they are the only workers who are required to inform the employer in advance.

The official Ministry of the Interior accounts on Twitter in Arabic, and English also stated on January 16 that domestic workers who leave without prior notice might lose their right to a paid travel ticket and their financial rights, which could include claiming any unpaid wages. They may also face a four-year ban on entering Qatar.

Meanwhile, Qatar's online newspaper, The Peninsula, quoted a senior ministry official as saying the same. However, in response to inquiries from Human Rights Watch and other international human rights organizations, the newspaper removed the quote, and the Ministry's official Twitter account deleted tweets later that day.

On the other hand, a government spokesman told Human Rights Watch by email on January 16: “With immediate effect, the measures announced today remove exit permits for all expatriates who are not currently subject to the Qatar Labor Law - including domestic workers.”

Human Rights Watch also expressed concern that requiring domestic workers under the law to inform their employer in advance that they are planning to leave may lead them to believe that they need the employer's permission.

It is particularly worrisome for domestic workers who are subjected to abuse or exploitation or who fear reprisals. It may also lead to further violations, as employers can detain workers at home after receiving notification of their intention to leave or file fabricated criminal charges against them to prevent their departure.

"The Qatari authorities should clarify unambiguously that domestic workers can leave the country even if they do not inform their employer," Begum added. The government should remove this legal requirement entirely because it may cause confusion to employers and domestic workers, and expose these workers to violations.”

Lifting the requirement to obtain an exit permit addresses one of the main elements of the sponsorship system, which links expatriate exit visas to their employers and allows for abuse and exploitation of workers. However, other factors remain, including requiring workers to obtain the employer's permission to leave or change the job.

Those who leave before the end of the contract without permission can be charged with "absconding" and are at risk of arrest and deportation. Other reforms to the kafala system are expected to be implemented later in January.

Qatar, which employs thousands of migrant workers to build the infrastructure for the 2020 FIFA World Cup, has been subjected to more scrutiny of its dealings with foreign workers since Qatar was announced hosting the tournament. In November, Qatar entered the third and final year of its technical cooperation program with the International Labor Organization, intending to reform the conditions of migrant workers broadly.

It is reported that the kafala system has been implemented in various parts of the Middle East in multiple forms. After the announcement of Qatar, Saudi Arabia is the only country to impose exit permits on all migrant workers. However, in other Middle Eastern countries, it is still possible to prevent a migrant worker from leaving the country if the sponsor filed a complaint to the immigration authorities or if the employer did not revoke the employee's residence visa.

The international human rights law states: "Everyone has the right to leave any country, including his own, and to return to his country." Any other restrictions must be individual, for a legitimate reason as is the case, for example, during a criminal investigation.

"With the end of the exit permits system in Qatar, the Kingdom of Saudi Arabia will become the only country in the region that still imposes this abusive condition on its expatriate workers," Begum concluded. Qatar, Saudi Arabia, and all other Gulf states should abolish the kafala system, and ensure that migrant workers ’visas are not tied to their employers.”