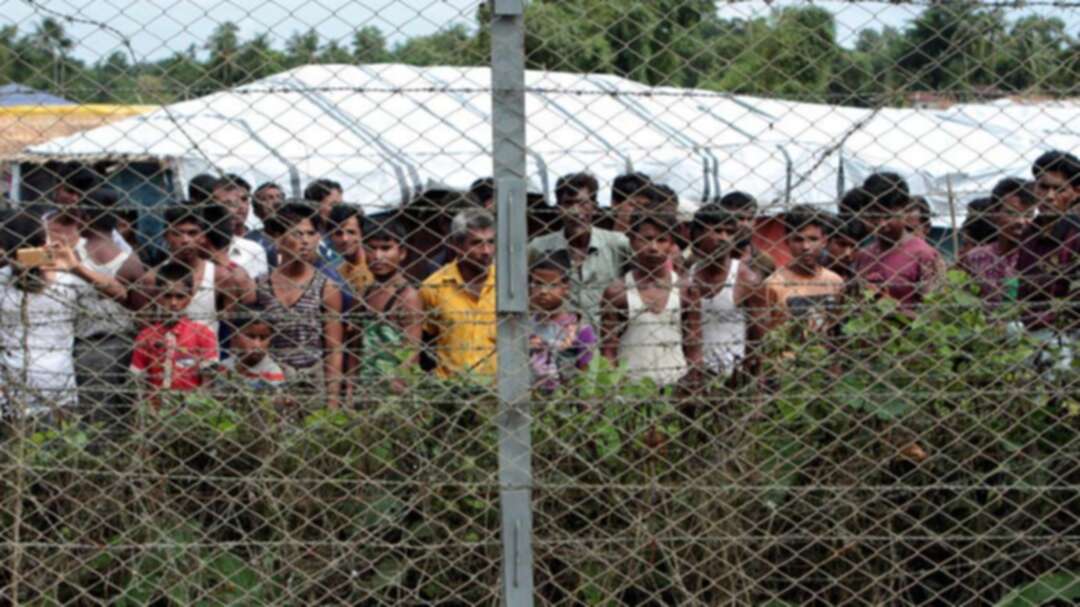 In June 29, 2018, Rohingya refugees gather near a fence during a government organized media tour, to a no-man's land between Myanmar and Bangladesh, near Taungpyolatyar village, Maung Daw, northern Rakhine State, Myanmar. (AP)

Human Rights campaigners supporting Myanmar’s Rohingya Muslim minority on Monday called for a global boycott of the country, a day before genocide hearings begin at the International Court of Justice in The Hague.

Myanmar leader and Nobel Peace prize laureate Aung San Suu Kyi, who arrived in the Netherlands on Sunday, will defend her

Country’s record during three days of hearings initiated after a lawsuit was filed by Gambia in November.

Suu Kyi’s office posted a picture of her arrival at Amsterdam’s Schiphol airport, where she was greeted by the ambassador to the Netherlands and then headed to The Hague, where the tribunal, also known as the World Court, is located.

Several demonstrations are planned in coming days in the Dutch city by Rohingya survivor groups, as well as by government

Gambia, a tiny, mainly Muslim West African country, filed the suit in which the Buddhist-majority Myanmar is accused of genocide, the most serious international crime, against its Rohingya Muslim minority.

More than 730,000 Rohingya fled Myanmar in 2017 after a military-led crackdown. The United Nations has said the campaign

was executed with “genocidal intent” and included mass killings and rape.

Myanmar authorities have strongly disputed that conclusion, categorizing the military operation as a legitimate counterterrorism response to attacks by Rohingya militants that killed 13 members of the security forces.

During three days of hearings, Gambia’s legal team will ask the 16-member panel of U.N judges at the International Criminal Court of Justice to impose “provisional measures” to protect the Rohingya before the case can be heard in full.

Suu Kyi’s office said last month that she would lead her country’s team in The Hague to “defend the national interest.”