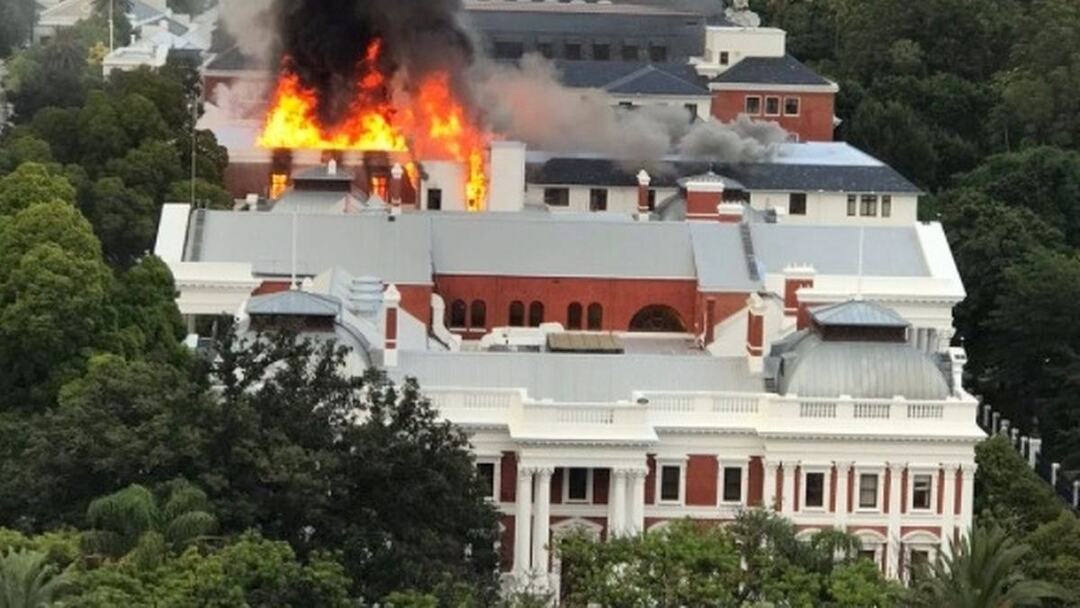 The BBC reported, a large fire is raging at the Houses of Parliament in the South African city of Cape Town.

Video footage shows a plume of black smoke filling the sky, with huge flames coming out from the roof of the building.

Dozens of firefighters are at the site battling the blaze; it is not yet clear what caused the fire.

The city authorities said, the roof area had caught fire and the National Assembly building was on fire too.

A spokesman for the city's emergency services told the AFP news agency: "The fire is not under control and cracks in the walls of the building have been reported."

City officials said, the fire was currently on the third floor, with initial reports indicating it started in the office space of the building and was spreading towards a gym at the site.

The Houses of Parliament in Cape Town are made up of three sections, with the oldest dating back to 1884. The newer sections built in the 1920s and 1980s house the National Assembly.