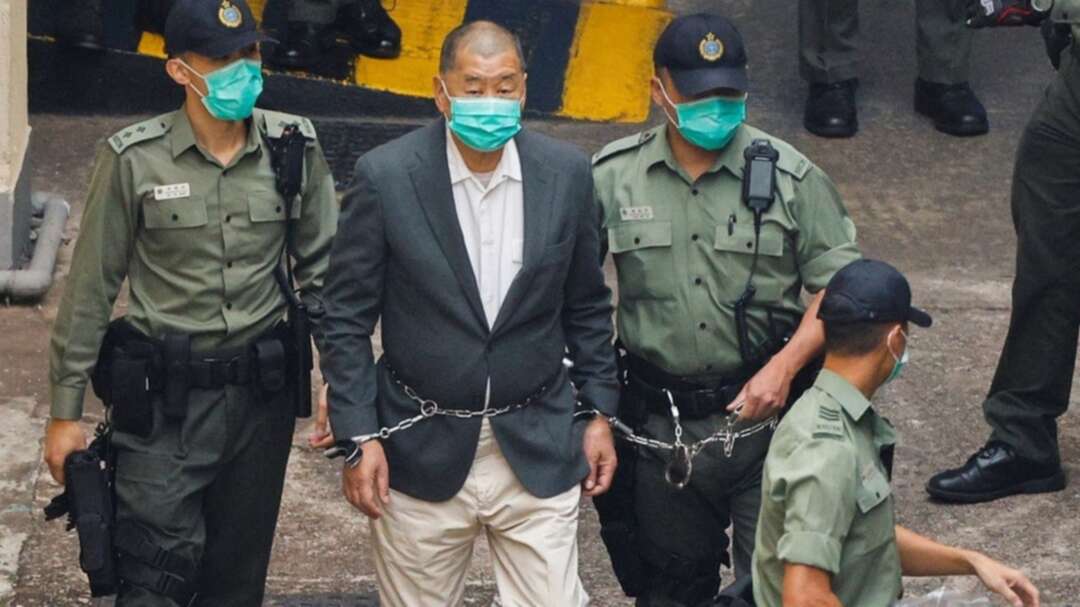 Media mogul Jimmy Lai Chee-ying, founder of Apple Daily, walks to a prison van to head to court, after being charged under the national security law, in Hong Kong, China, on December 12, 2020. (Reuters)

Hong Kong’s High Court denied another bail application on Thursday to media tycoon and Beijing critic Jimmy Lai, the most high-profile person to be charged under the Chinese-ruled city’s national security law.

The Court of Final Appeal ruled last week that a lower court’s decision last year to grant him bail applied “an erroneous line of reasoning,” but allowed Lai’s team to make a new application for bail to the High Court.

The High Court said it will publish its reasons for rejecting Thursday’s application at a later date.

Under the new law, the onus is on the defendant to prove they would not be a national security threat if released on bail. Under Hong Kong’s common law-based legal system, the onus has traditionally been on the prosecution to prove its case.

Lai has been in custody since December 3, except for when he was released for about a week last year before his bail was appealed by the prosecutors and subsequently overturned.

He was arrested in August when about 200 police officers raided the newsroom of his Apple Daily tabloid newspaper.

The tabloid and other media reported on Wednesday that Lai, while in jail, had been arrested again, on suspicion of assisting a fugitive China captured at sea last year.

Beijing imposed the national security law on the former British colony last June after months of pro-democracy protests. The law punishes anything China considers subversion, secession, terrorism or collusion with foreign forces with up to life in prison.

Critics say it is aimed at crushing dissent and it erodes freedoms in the semi-autonomous financial hub. Its supporters say it restores stability after months of unrest.

Prosecutors have accused Lai of breaching the law over statements he made on July 30 and August 18, in which they allege he requested foreign interference in Hong Kong’s affairs.

Lai has been a frequent visitor to Washington, meeting with officials, including former Secretary of State Mike Pompeo, to rally support for Hong Kong democracy, prompting Beijing to label him a “traitor.”

Lai stepped down last year as chairman of Next Digital, which publishes Apple Daily.