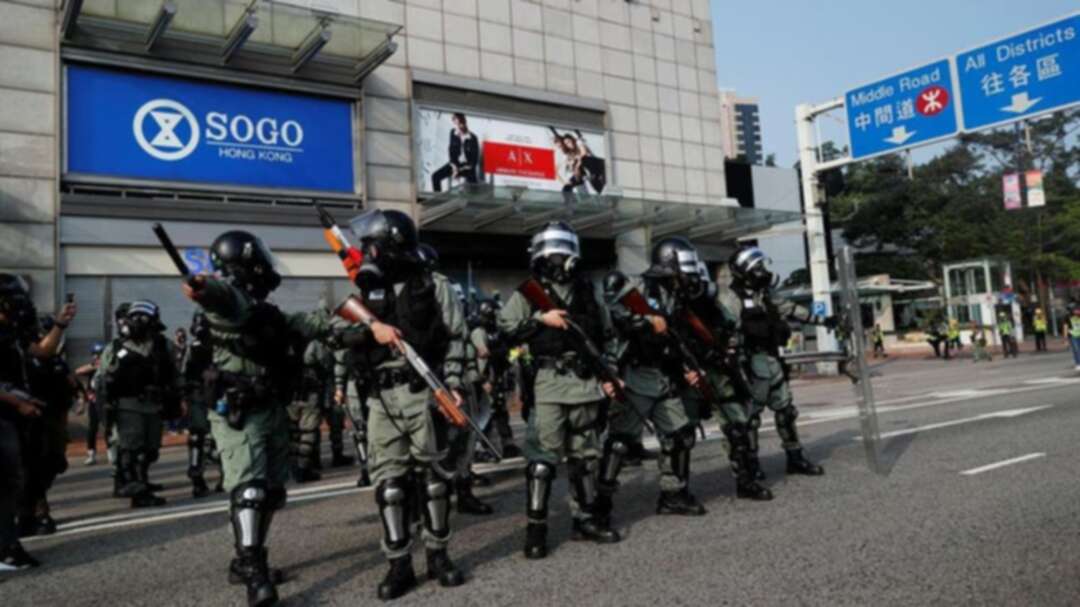 Organizers called the demonstration at a waterfront park but police said the rally was unauthorized and engaged in a standoff with the protesters after ordering them to leave.

The protesters taunted the officers, calling them names, and the situation appeared tense. Police fired rounds of tear gas and moved forward to chase away the crowds.

Police have faced criticism for heavy-headed tactics including tear gas, pepper spray, rubber bullets and a water cannon to subdue protesters who have hurled bricks and firebombs.

Protesters said they will also march in support of the former British colony’s ethnic and religious minorities, in a show of unity after police used a water cannon to spray a mosque and bystanders the previous weekend.

Protesters have taken to the streets for more than four months. The movement was initially sparked by an unpopular extradition bill that many residents worried would put them at risk of being sent into China’s Communist Party-controlled judicial system.

The government formally withdrew the bill last week, but the movement has snowballed to include demands for political reform and police accountability.

At a rally on Saturday night organized by medical workers to oppose what they called “violent repression” by police in response to protesters, some protesters jeered and cursed several officers observing from a footbridge.

Earlier Saturday, the Hong Kong government won a temporary court order banning anyone from posting personal details or photos of police officers online. The order prohibits unlawfully “publishing, communicating or disclosing” officers’ details including their Facebook and Instagram account IDs or photos of officers or their family members.

This month, an 18-year-old was charged with intentional wounding for a slashing attack on a riot officer.

Despite repeated government appeals for people not to side with mobs involved in vandalism, throwing gasoline bombs and other violence, the protest movement is still rousing determined support from more moderate demonstrators. They’re broadly worried about the future and freedoms of the city that reverted to Chinese rule in 1997, with promises from Beijing that it would largely be its own boss, its way of life unchanged.