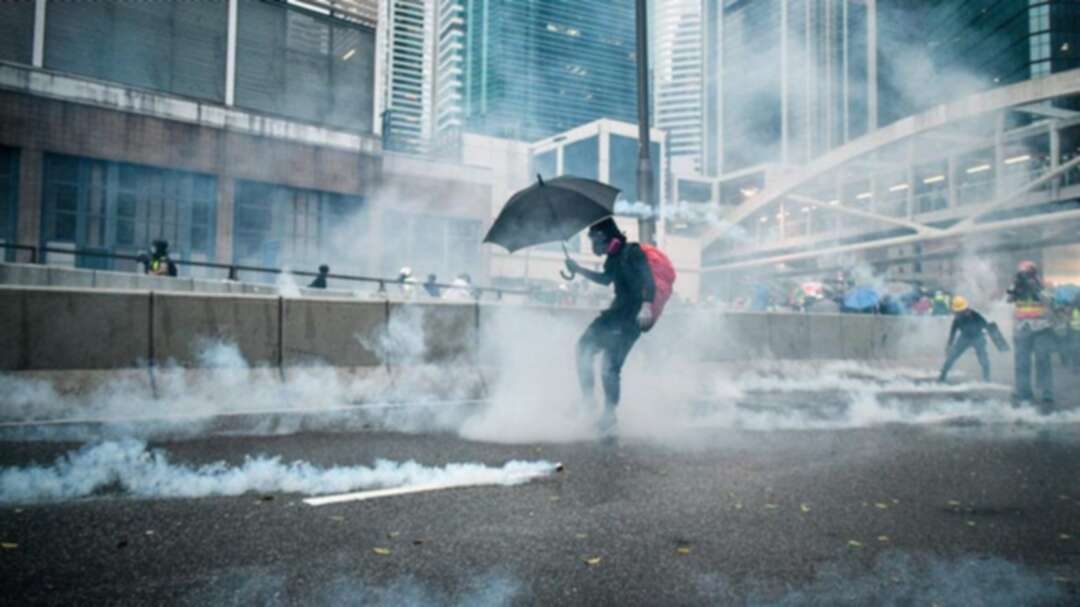 Hong Kong police fired tear gas to try to disperse democracy protesters marching on Saturday after pro-China groups pulled down some of the "Lennon Walls" of anti-government messages in the Chinese-ruled city.

Groups of China supporters pulled down “Lennon Walls” of anti-government protest messages across Hong Kong on Saturday, raising the possibility of clashes with democracy supporters and another weekend of trouble.

By mid-morning, dozens of Beijing supporters had started to tear down the large mosaics of colorful posted notes calling for democracy and denouncing perceived Chinese meddling in the former British colony.

The installations have blossomed across the Asian financial center, at bus stops and shopping centers, under footbridges and along pedestrian walkways.

They have also occasionally become hot spots of violence in the city’s three months of unrest.

Thousands protest in Algiers despite tight security IRGC official: Iran has made ‘tremendous progress’ in the field of drones